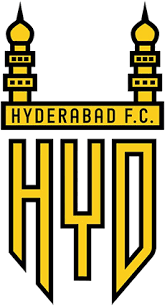 Hyderabad, Nov.7 (PMI): Hyderabad Football Club (HFC) team lodged a complaint to  the authorities including Director General of Police, Telangana, claiming that Cyberabad traffic policemen manhandled their team bus driver in front of their team members at Gachibowli, while the team was returning to the Hotel in the HFC bus  at the completion of  their match at MC Balayogi Athletic Stadium on Wednesday night.
The Cyberabad Commissioner VC Sajjanar  said that  a detailed  enquiry has been ordered  to know what  actually had happened on Wednesday night between the

HFC bus driver and traffic policemen.
In a Tweet which was tagged to Union Home Minister Amit Shah, Telangana Chief Minister’s Office, Director General of Police, Cyberabad police Commissioner, HFC through its official handle @HydFCOfficial said that the  “Bus driver of our Hyderabad FC team was physically assaulted by the traffic police for reasons unknown. The driver was beaten by the cop in front of the entire team and dragged into the police station”.