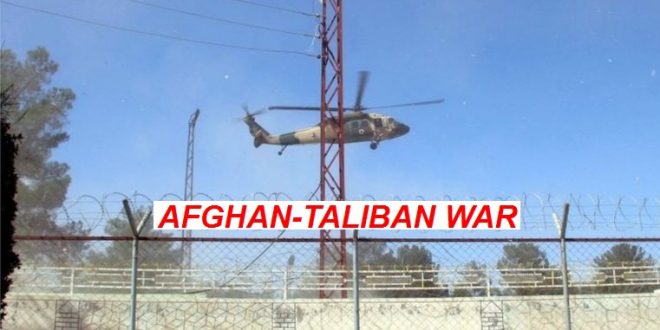 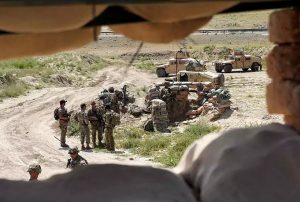 Some were members of a highly-trained elite Air Force mission.

The incident early on Wednesday in Nawa district was apparently caused by technical issues.

The area has seen fierce clashes in recent days between the Taliban and Afghan government forces, supported by US airstrikes.

The insurgents have been fighting their way to the outskirts of the nearby city of Lashkar Gah where they have already taken control of one district.

Civilians including families with children are fleeing districts of the city to seek refuge, with aid agencies reporting that many are now sleeping on the streets without shelter.

The United Nations in Afghanistan says more than 35,000 people have been forced to flee their homes in Helmand. 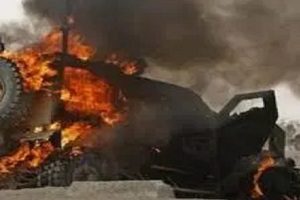 The death of least eight members of the Air Force’s Special Mission Wing in the helicopter crash – reportedly some of the best-trained in Afghanistan – is being seen as a big loss to the country.

In a sign of how seriously the Afghan government is viewing the fighting in Helmand, the defence minister is travelling to the province to discuss security.

It’s the most serious and sustained attack by the Taliban since peace negotiations began last month in Qatar, a journalist said.

So far discussions have been bogged down in attempts to finalise a set of rules and procedures governing the talks – and negotiators are yet to broach the broader issues of a ceasefire and possible power sharing arrangement.

Earlier this week, the head of Nato forces in Afghanistan, US General Scott Miller, condemned the Taliban for undermining the peace talks and violating the agreement they signed with the US in February.

Large parts of Helmand and neighbouring Kandahar remain without electricity after the Taliban attacked a power substation on Monday. 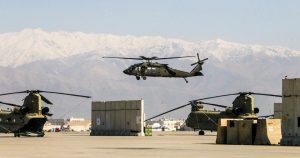 A number of telecommunication networks have also been shut down.

Of about 5,000 families estimated to have been displaced, some are reported to have sought refuge in homes and properties in neighboring areas.

One family told media that they left their home in Lashkar Gah with only the clothes they were wearing, without knowing if they would find a safe place to sleep.

Others say they fear they may die from hunger, while staff at local hospitals said they had admitted dozens of casualties.

The historic peace talks began on 12 September, one day after the 19th anniversary of the deadly 9/11 al-Qaeda attacks in the US that led to the US beginning military operations in Afghanistan.

It was the first time that Afghan leaders had sat down with members of the militant Islamist group but correspondents say Taliban actions on the battlefield are again raising questions about their commitment to the negotiating table.

The militants say they are only taking back areas they once controlled.