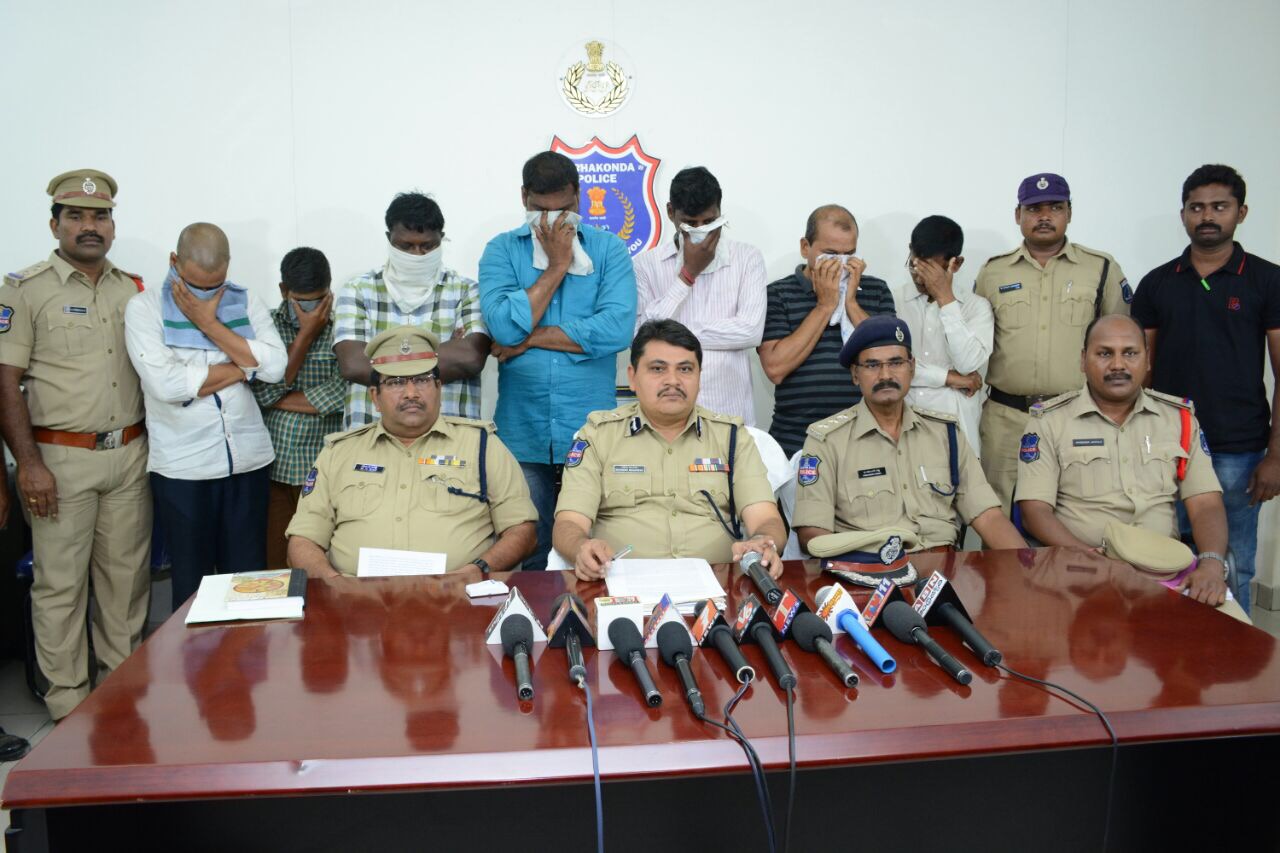 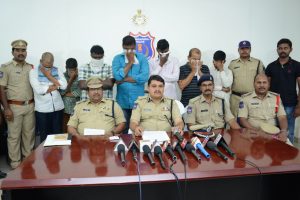 Hyderabad Aug 1, (PMI): The Police Hayath Nagar   arrested seven members of a 9 member’s gang   who cheated one Smt Jyothi and her husband Nagesh V Rao by preparing their fake death certificates and family members certificate by doing forged signatures while they are alive. The accused persons obtained certified  copies by producing  the fake certificates from SRO Hayath Nagar for Plot bearing No 261 in Sy Nos 242, 245, 246 and 247 admeasuring 200 Square Yards, situated at Kuntloor Village, then executed General Power of Attorney and Sale Deeds in favor of third parties and cheated them.

Smt Jyothi W/o Nagesh V Rao a senior citizens resident of Malekpet, Hyderabad had purchased a Plot No 261 in Sy Nos 242, 245, 246 and 247 measuring 200 Square Yards situated at Kuntloor Village through registered Sale Deed document No 5479 of 1989 from original owners P. Narsimha Reddy and 8 others by their GPA holder P. Yadagiri Reddy and P. Bhujanga Reddy vide document No 772/V/86 dated 01-12-1986 and since she is enjoying   peaceful possession   over the said property.

The accused Chella Sridhar Reddy he was in Real Estate Business. The accused Laddu and Bal Raj   are friends to him. The accused M Suresh was introduced him through BAL Raj.

Due to the said acquaintance accused BAL Raj and Suresh approached Sridhar Reddy in the year 2015 and informed that Suresh had Xerox copy of Plot No 261 in Sy No 242,245. 246 and 247 measuring 200 Sq Yards situated at Kuntloor Village and the owner of the plot have been expired long back no one coming forward  to claim the ownership of the said Plot. So he said if they will sold the Plot they will share the amount equally. As offered by the accused Suresh and BAL Raj the accused Sridhar Reddy asked with Suresh that if he arranged the original Death Certificate of the Plot owner and her family member certificate there is a possibility to sell the Plot.

As suggested by accused Sridhar Reddy, Suresh arranged the death Certificates of Owner and her husband and family members with the help of a GHMC   employee namely Vinoy Kumar working as a Bill Collector on the name of M Suresh as he is the son of Jyothi and her husband with fake rubber Stamps and forged signatures handed over to Chella Sridhar Reddy to be issued by the Registrar Birth and Deaths, basing on the said fake documents. Chella Sridhar Reddy submitted the same in office of the SRO Hayath Nagar obtained certified copy of the Sale Deed Document No 5479 of 1989 and executed a GPA in favor of accused Laddu who is well known to Sridhar Reddy by pseudo son of complainant M Suresh with help of document writer to prepare the GPA without parent document.

Basing of the said GPA the accused Sridhar Reddy entered in an oral agreement with accused Bhoopal Reddy to sell the said plot to him for Rs 4 Lakhs. Having known the above fact the Bhoopal Reddy agreed to purchase the plot without parent documents for his illegal gain.

The above said 9 accused out of them two are in the jail in different cases. (PMI)