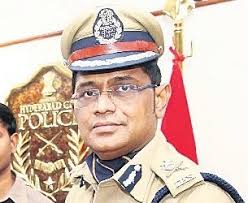 Speaking to the media here on Monday, the Commissioner said on a tip-off North Zone Inspector Nageshwar Rao and his team raided Flat no. 30 at III at Mahalaxmi gems & Jewellers Mall situated at Chirag Ali lane, Abids and apprehended six accused and seized Rs 1.48 crore currency, a counting machine, six mobiles and two motorcycles from the accused.

On receipt of the information, the North Zone Task Force personnel kept a vigil on the activities of the prime accused and raided his offices at Abids and Banjara Hills simultaneously and seized the amount and his five accomplices, who are identified as V.B. Chauhan Patel, Pradeep Kumar, Ganesh Satyanarayan Saboo, B.Vigneshwar and Arun Kumar.

The accused, along with the cash, were handed over to Income Tax officials. Police suspect the gang might have links with various agents, businessmen and firms at many cities in the country.