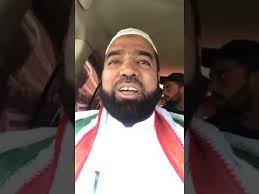 HALF OF THE SHIA MUSLIMS DOESN’T BELIEVE IN SELF- FLAGELLATION: OSMAN BIN MOHD AL-HAJIRI 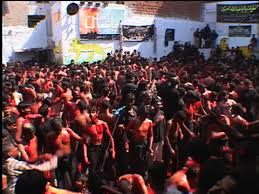 Hyderabad Aug 23 (PMI): Every year Shia Muslims commemorate the martyrdom of Hazrat Imam Hussianas (Grandson of Prophet Mohammedswas) by organizing Majalis throughout 68 days of mourning period and taking out procession on 10th Moharram and Arbaeen (40th day of martyrdom) and as many as Shia  Muslims participate in processions and self-flagellation.

A daily newspaper has published statement of Osman

Bin Mohammed Al-Hajiri on self-flagellation which says 50% of Shia Muslims doesn’t believe in Self-Flagellation and hurts the sentiments of the Shia Community. Without any proper surveys or reports one cannot make such statements and also it’s a responsibility of Deccan Chronicle to verify the stats of self-flagellation which he has made before publishing such statements and making headlines out of it. Three days earlier Osman Bin Mohammed Al-Hajiri has made video regarding meeting conducted by The City Police on 19th August 2019 at Royal Classic Function Hall, Etebar Chowk (Old City) Hyderabad for upcoming Muharram 2019 Coordination and arrangements.

He has misinterpreted one of the statement delivered during meeting and has come out to create communal disharmony in the city with his video. Without any proofs or surveys he claims that half of the Shia Muslims doesn’t believe in self-flagellation, for which he must give unconditional apology. (Press Media of India)