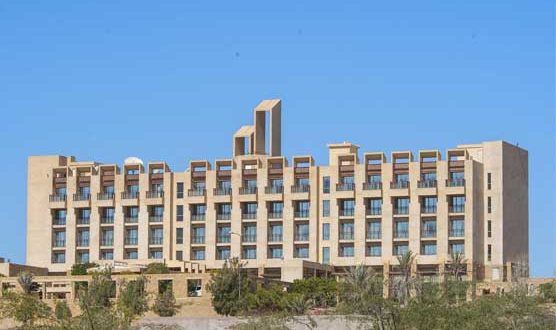 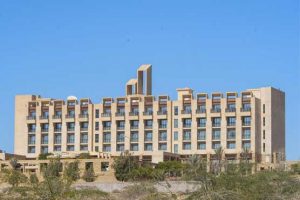 Major General Asif Ghafoor said that all three terrorists have been killed and their bodies were held for identification.

Terrorists had attempted entry into the hotel aimed at targeting or taking hostage the guests present there but the security guard at entry challenged terrorists denying them entry into main hall and terrorists went to staircase leading to upper floors.

Quick Reaction Forces of Army, Navy and Police immediately reached the spot, secured guests and staff present in the hotel and restricted terrorists within corridor of fourth floor. After ensuring safe evacuation of guests and staff, clearance operation was launched to take on terrorists.

On Saturday, gunmen had stormed a five-star hotel in Pakistan s port city of Gwadar, killing at least five people. In a statement, Pakistan s military said three armed men killed a security guard as they attempted to enter the Pearl Continental hotel.

Local hospital officials say the death toll from the Gwadar attack has risen to at least five including  security guards and some civilians. All five bodies have been moved to Karachi, the country s largest city, he said. One of the wounded remains in a critical condition, while the other five were “out of danger”.

The military said that all guests at the hotel, which has 114 rooms, were safely evacuated.

Gwadar is the site of a major port built as the culmination of the China Pakistan Economic Corridor (CPEC), a trade corridor that links southwestern China to the Arabian Sea through Pakistan.

The $60bn CPEC project has seen massive investment in infrastructure across Pakistan, including major roads and the Gwadar port in Balochistan province.

An attack on a luxury hotel in the southwestern city of Gwadar was a bid to “sabotage prosperity”, Pakistani prime minister Imran Khan said Sunday, as police confirmed all the attackers had been killed.

At least one person was shot dead Saturday after gunmen stormed a luxury hotel in the southwestern Pakistani city of Gwadar, the centrepiece of a multi-billion dollar Chinese infrastructure project.

“Such attempts especially in Balochistan are an effort to sabotage our economic projects and prosperity. We shall not allow these agendas to succeed,” Khan said in a statement issued by his office.

The Chinese embassy in Islamabad also strongly condemned the incident.