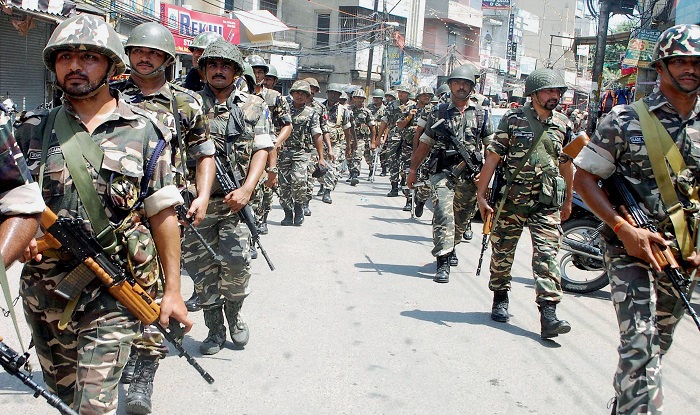 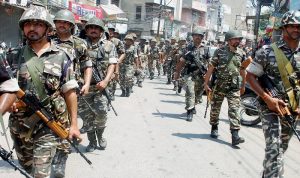 Sirsa, Aug 27: A media person was attacked in Sirsa by Dera Sacha Sauda supporters on Sunday as he tried to enter the campus of the sect. The situation in the region continues to remain tense ahead of the announcement of quantum of sentence to Dera Chief Gurmeet Ram Rahim Singh on Monday after he was convicted in a 2002-rape case on Friday by CBI court in Panchkula. He is currently lodged in a jail in Rohtak.
As per reports, the camera man tried to enter the premises of Dera Sacha Sauda headquarters in Sirsa along with his crew when Gurmeet Ram Rahim Singh‘s supporters noticed them and chased their vehicle. The mob allegedly damaged the camera in the presence of police. The victim, identified as Sunil Kumar, suffered injuries in his hand and leg and was taken to the hospital. Meanwhile, the heavy security is deployed outside the Dera headquarters in Sirsa and appeals are being made to followers to vacate the 800-acre sprawling complex. (ALSO READ – Gurmeet Ram Rahim Singh Family Tree: Honeypreet Insan is Dera Chief’s Favourite Daughter)
Reacting on the matter, Haryana Home Secretary Ram Niwas, while speaking to CNN-News18 said that the media should not have gone inside without the security. He also informed that schools and colleges across Haryana will remain closed on Monday. “Internet services continue to remain blocked till 11 am on August 29,” he added. Meanwhile, in Chandigarh the educational institution will open even as the city still remains on high alert.
Earlier in the day, curfew was relaxed in Sirsa from 6 am till 11 am it was withdrawn from Kaithal and Panchkula where 30 persons died in the violence that erupted on Friday.
The death toll in the violence has risen to 36. Six were killed in Sirsa town and over 250 people were injured in the violence that also left properties worth crores of rupees damaged. Authorities on Saturday got the sect complexes across Haryana (except Sirsa) vacated and even sealed some of them. Security forces recovered sticks, rods and other materials to make petrol bombs in search operations in the complexes. Reports say that over 800 arrests have been made with regard to the incident from across Haryana and Punjab. As per ANI, eight supporters of Dera Sacha Sauda were arrested under sedition charges in Panipat on Saturday. As informed by the Panipat DSP, they raised anti-national slogans and threatened to disrupt peace.
An uneasy calm prevailed in Punjab and Haryana on Saturday as the Army and paramilitary forces continued to patrol several places across the two states throughout the night on Saturday ahead of the announcement of quantum of sentence to Ram Rahim Singh on Monday. As per reports, 30 columns of paramilitary forces have been deployed outside the jail in Rohtak where the Dera Chief is currently lodged. CBI special judge Jagdeep Singh will be flown to Rohtak for announcing the sentence. ADGP Haryana Muhammad Akil was quoted by CNN-News18 as saying that full-proof security is in place in Rohtak while claiming that the sentencing will take place through video-conferencing around 2.30 pm on Monday.
Post Views: 207
Share
Previous JnK: Anti-terror operation in Pulwama ends; 8 security personnel martyred,3 terrorists killed in encounter
Next Class 9 Balbharati Textbook Says Jarnail Singh Bhindranwale Was a Terrorist