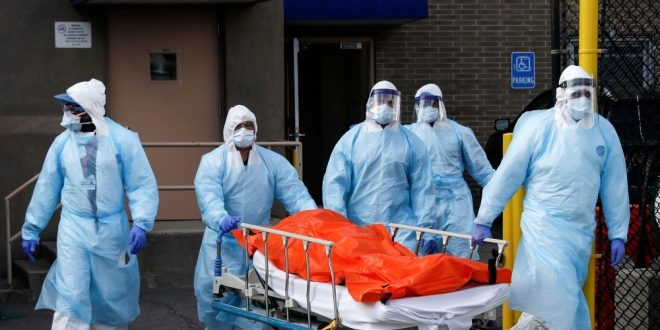 TEHRAN/ MELBOURNE/ HOUSTON/ LONDON/ BERLIN/ NEW DELHI: More than 18 million people around the world have been diagnosed with the new coronavirus as of Monday. Almost 11 million have recovered and while nearly 690,000 have died. 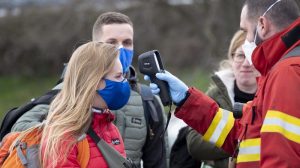 The US is in a new phase of the outbreak, with infections “extraordinarily widespread” in rural areas as well as cities, a White House expert said as cases hit 4.68 million with more than 155,000 deaths reported.

Despite fears of the spread of coronavirus, parliamentary elections will go ahead in Sri Lanka on Wednesday, President Gotabaya Rajapaksa hoping to tighten his hold on the nation’s politics.

Millions of COVID-19 tests that work in 90 minutes will be rolled out in the UK, the country’s health minister says. Cases nationwide surpassed 306,000, with more than 46,000 deaths.

Brazil has recorded 25,800 additional confirmed cases and 541 deaths, bringing the total to more than 2.73 million cases and more than 94,000 deaths as of the end of Sunday.

Here are the latest updates: 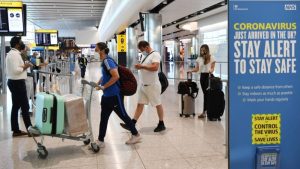 A BBC Persian service investigation has found the number of deaths from the coronavirus disease in Iran is nearly triple what Iran’s government claims.

The government’s own records appear to show almost 42,000 people died with COVID-19 symptoms up to 20 July, versus 14,405 reported by its health ministry.

Melbourne to close retail, scale back other industries until mid September

Australia’s second-biggest city Melbourne has announced fresh restrictions on industries including retail and construction, as it steps up desperate efforts to contain the spread of a resurgent coronavirus.

From Wednesday night, Melbourne will close retail, some manufacturing and administrative businesses as part of a six-week lockdown which is expected to hit 250,000 jobs, roughly the number already impacted.

Meanwhile, the state of Victoria declared a “state of emergency” on Sunday due to a surge in community transmissions. 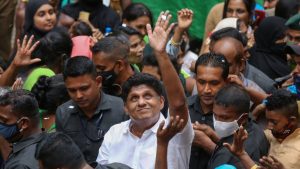 “As heartbreaking as it is to close down places of employment… that is what we have to do in order to stop the spread of this wildly infectious virus,” Victoria’s state premier Daniel Andrews told a news conference.

Poland’s health minister said police health authorities would start checks in shops this week to see if people are following regulations to keep their mouths and noses covered. 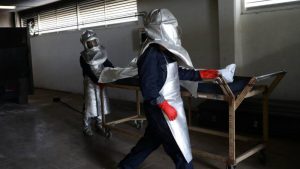 “We have to deploy full force to curb all known epicentres, especially those in Danang,” state broadcaster VTV quoted Phuc as saying.

Phuc said this current wave of infection could have a more “critical impact” than the previous one and ordered officials to both contain the spread and maintain supply chains.

Hello, this is Linah Alsaafin in Doha taking over from my colleague in Kuala Lumpur, Ted Regencia.

Singapore will make some incoming travellers wear an electronic monitoring device to ensure compliance with coronavirus quarantines as the city-state gradually reopens its borders.

From August 11, the devices will be given to all travellers coming from a select group of countries who will be allowed to isolate at home rather than at a state-appointed facility, Reuters news agency said. 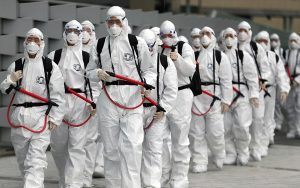 The travellers are required to activate the device upon reaching their home and must acknowledge all notifications received on the device. Attempts to leave home or tamper with the device will alert the authorities.

The United States has registered at least 45,688 new cases as of the end of Sunday, raising the total to 4.68 million from the previous day of 4.64 million, according to the latest Reuters tally on Monday.

Honduras will extend its coronavirus curfew for another week through to August 9 in an effort to curb the pandemic, Reuters reported, quoting the country’s security ministry. 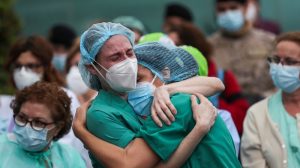 The number of confirmed coronavirus cases in Germany increased by 509 to 210,402, Reuters reported on Monday, quoting the Robert Koch Institute (RKI) for infectious diseases.

The reported death toll rose by seven to 9,148, the tally showed.

Sri Lanka polls to go ahead despite spread of coronavirus

Parliamentary elections will go ahead in Sri Lanka on Wednesday despite coronavirus fears. Voters will wear masks, carry their own pens and maintain physical distancing for the poll, which has been postponed twice because of the pandemic. Votes will be counted on Thursday.

President Gotabaya Rajapaksa hopes to tighten his hold on the nation’s fractious politics in an election that could elevate his brother and allow the two to change the constitution if they prevail. 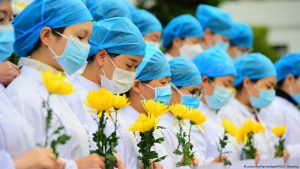 Sri Lanka has reported 2,816 infections and 11 COVID-19 deaths as of Sunday. The totals are lower than in neighbouring South Asian countries, held in check by a strict lockdown since March.

An outbreak in China’s far northwestern region of Xinjiang is still subsiding, with 28 new cases reported Monday, according to AP news agency.

The 590 cases so far have been concentrated in the capital, Urumqi, where authorities have conducted mass testing, cut public transport, isolated some communities, and restricted travel.

South Korea has confirmed 23 new cases – 20 from overseas and three local transmissions – amid a downward trend in the number of locally infected patients, AP reported.

The cases announced on Monday by the Korea Centers for Disease Control and Prevention took the country’s total to 14,389 cases and 301 deaths. 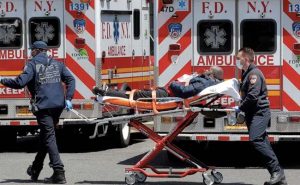 Health authorities consider imported cases less threatening to the wider community as they enforce two-week quarantines on all arrivals from overseas.

Pope Francis has called on politicians to create jobs so economies can relaunch from the lockdowns imposed to combat the pandemic, according to AP news agency.

The pope, speaking after the traditional Sunday blessing, said “without work, families and society cannot go forward … It requires lots of solidarity and lots of creativity to resolve this problem.”

The pope’s remarks follow a week in which officials released statistics showing a record plunge in both the US and eurozone economies.

Italy’s tally of new virus cases down to 239

The number of new confirmed cases of the coronavirus in Italy nudged lower to 239 in the last 24 hours, while eight deaths were recorded in Lombardy, the epicentre of the country’s epidemic.

That brings the total number of cases in Italy to 248,070 to date and deaths to 35,154, AP news agency reported early on Monday quoting the country’s health ministry. 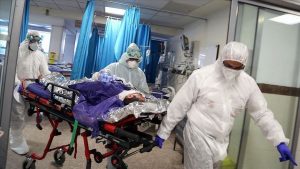 The number of daily cases in Italy has hovered between 200-300 for weeks, mostly related to people arriving from outside of Italy, either foreign workers or migrants.

Britain to roll out millions of 90-minute coronavirus tests

Millions of COVID-19 tests – which can offer results in 90 minutes and do not need to be administered by a health professional – will be rolled out to British hospitals, care homes and laboratories in the coming months, Reuters news agency quoted health secretary Matt Hancock as saying.

Separately, the publicly-funded National Health Service said it would be offering “COVID-friendly” treatments to cancer patients, including drugs that do not have a big impact on the immune system.

Britain’s healthcare system has come under severe strain during peaks in the country’s COVID-19 outbreak, which has killed more than 46,000 people, the fourth-highest toll in the world, according to a Reuters tally collated on Sunday. 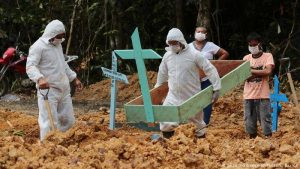 Mexico’s health ministry has reported 4,853 new confirmed coronavirus cases and 274 additional fatalities, bringing the total in the country to 439,046 cases and 47,746 deaths, according to Reuters news agency.

The government has said the real number of infected people is likely significantly higher.

Brazil has recorded 25,800 additional confirmed cases and 541 deaths in the past 24 hours, according to Reuters news agency quoting the country’s health ministry.

Brazil has registered more than 2.73 million cases of the virus since the pandemic began, while the official death toll has risen to 94,104 as of the end of Sunday, according to the ministry data.