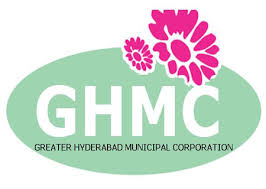 Hyderabad,  GHMC has taken up roads repair works on a war-footing basis which were damaged in the recent heavy rains in the city.

Roads were badly damaged in 587 localities in the recent rains and the GHMC has started repair works, laying of new roads and filling up potholes at a cost of Rs 22.74 crore, according to an official release. The Engineering department officials have filled up 2,000 potholes caused during heavy rains that lashed the city recently.