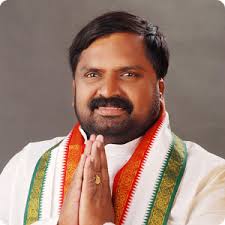 GHCC To Take Out Huge Rally In City Today

Hyderabad, Dec.27 (PMI): Greater Hyderabad Congress Committee president M. Anjan Kumar Yadav on Friday said he would organize Congress foundation day scheduled to be held on December 28 in a grand manner. He exhorted the party workers to take part in the celebrations in large numbers.

Speaking to mediapersons, the GHCC chief said they would take out a huge rally from Gandhi Bhavan against the controversial Citizenship Amendment Act. Stating that they did not get any permission so far from the police for the rally, he wondered as to how there could be two kinds of justice to the Congress party and RSS.

Anjan Kumar Yadav demanded that the police grant permission for the rally. He said they had told the DGP that they would hold a peaceful rally. He also made it clear that they would take out the rally even if they did not get police permission. He also accused the Chief Minister of not giving permission to them to please the BJP.