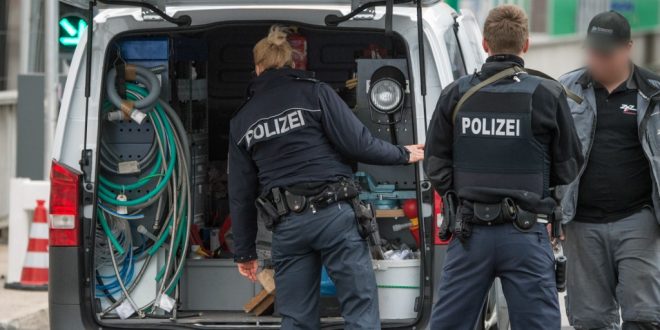 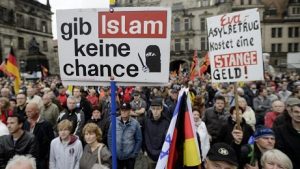 BONN: On tips of Federal Prosecutor’s Office, the German police have arrested 12 men suspected of setting up a far-right organization with the goal of carrying out attacks

against Muslims, refugees, asylum seekers, political and other personalities

Prosecutors said four of the suspects arrested on Friday had set up a “terrorist organization” in September last year and regularly met and contacted each other by phone, on online forums and in chat groups.

The other eight men were arrested on suspicion of supporting the organisation with money and weapons, the GBA said.

The suspects wanted their attacks to create havoc and an atmosphere of fear that resembles a civil war, it added. 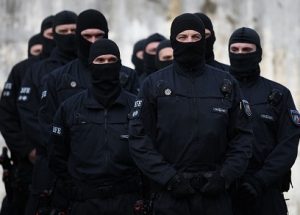 “The goal of the organisation was to shake and eventually destroy the democratic system and social cohesion of the federal republic,” the GBA said.

“For the purpose of creating conditions that resemble a civil war, attacks that were not yet concrete against politicians, asylum seekers and members of the Muslim faith were planned.”

The German government last year launched a crackdown on right-wing political violence in response to a rise in hate crimes.

New measures approved after the killing of a pro-immigration politician and a deadly attack on a synagogue and kebab shop in Halle by an anti-Semitic gunman include tougher rules gun ownership laws and stricter monitoring of hate speech online.

The government has said about 90 percent of the 1,800 incidents recorded against Jews last year were committed by individuals espousing far-right views. 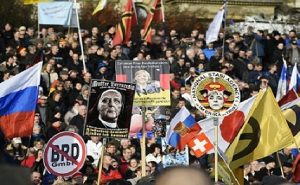 Germany’s domestic intelligence agency estimates there are about 24,100 “right-wing extremists” in Germany, about half of whom are potentially violent.

There are growing concerns about the far right’s influence in Germany, following a recent political scandal that saw mainstream parties collaborate with the nationalist Alternative for Deutschland (AfD) in a local election – a move Chancellor Angela Merkel called “unforgivable”.

According to the government, there were nearly 9,000 attacks by far-right groups and individuals in the first half of 2019 – an increase of nearly 1,000 compared with the same period the year before.