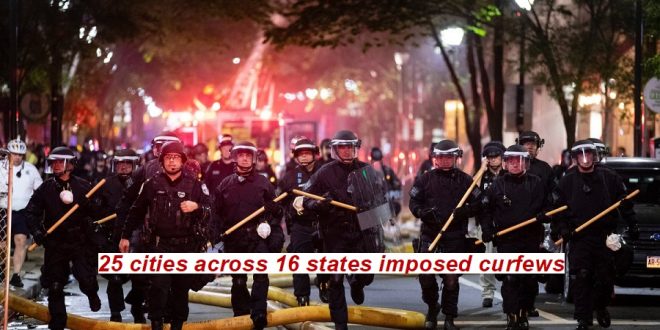 SAINT POUL/ WASHINGTON/ NEW YORK: Protests have erupted in at least 30 American cities over the death of unarmed black man George Floyd at the hands of a police officer in Minneapolis, Minnesota.

As unrest continued into the early hours of Sunday, at least 25 cities across 16 states have imposed curfews.

Protesters say they want to see charges for all four police officers involved in the death of Floyd.

One former officer, who was seen in a video with his knee on Floyd’s neck, was charged with third-degree murder and manslaughter — but protesters and critics believe the charge isn’t harsh enough. 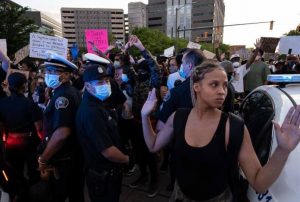 Los Angeles mayor Eric Garcetti has extended a curfew, which initially applied only to downtown, to the whole city.

The curfew requires everyone within the City of Los Angeles to stay indoors tonight, from 8 p.m. until 5:30 a.m. on Sunday morning.

“I will always protect Angelenos’ right to make their voices heard and we can lead the movement against racism without fear of violence or vandalism,” Garcetti said in a statement. “The vast majority of people taking to the streets are doing it peacefully, powerfully, and with reverence for the sacred cause they’re fighting for. This curfew is in place to protect their safety — and the safety of all who live and work in our city.”

At least 25 cities across 16 states have now imposed curfews. 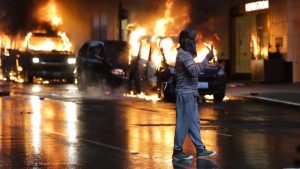 Cuomo said resources will be sent to “any place that needs additional help where the local police can’t handle it.”

Melissa DeRosa, the secretary to the governor, said 150 troopers will also be sent to Buffalo.

DeRosa said the state has been talking with county executives and the mayors of Syracuse and Albany to determine what kind of support they’ll need to protect their infrastructure.

Cuomo said the National Guard is on standby if cities need more than the state police. He also said he is working to make sure “we have enough resources to address every situation and we take our clues from the local officials and previous behavior.”

More than 80% of people booked into jail in Minneapolis on riot and other potentially riot-related charges over the past two days are from Minnesota, according to a CNN analysis of data from the Hennepin County Sheriff’s office.

Officials had earlier claimed that most protesters came from out of state. 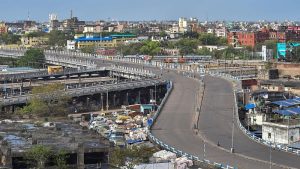 Of the 51 people who were booked into jail in Hennepin County between noon Thursday and noon Saturday on riot, unlawful assembly, burglary or damage to property charges, 43 had an address listed in Minnesota.

Those charges amounted for more than half of the total jail bookings over the 48-hour period. Three of the arrestees were listed as Illinois residents, while others were from Alaska, Florida, Michigan and Missouri, and one had no address available.

It’s not possible from the data to say for sure that the charges were linked to the protests. And the data only covers people booked into jail, not necessarily all arrests. Hennepin County includes Minneapolis, but not St. Paul.

Local news channel KARE 11 had previously reported that most arrestees came from out of state.

And Gov. Tim Walz had suggested that 80% of protesters were from out of state, but didn’t provide data at a Saturday evening press conference to support that figure. He said some of the information came from “human intel” and he spoke of “other data points,” but didn’t provide details. “We’ll see tonight, whether it’s right or wrong,” he said.

St. Paul mayor Melvin Carter said Saturday morning that “every single person we arrested last night, I’m told, was from out of state,” but retracted that claim on Saturday evening, saying he “takes full responsibility” for the mistake.