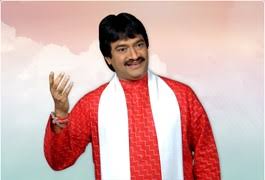 Hyderabad,  Singer Gajal Srinivas who was  facing sexual harassment case, attended  Punjagutta police station today. It may be mentioned here that the police arrested Gajal Srinivas in relation to a sexual harassment against a woman working in his office recently, and sent him to Chanchalguda jail after remand. Later, the Nampally Court granted him conditional bail to Srinivas. Srinivas has to attend personally in the police station on every Wednesday and Sunday. As part of it, Srinivas attended the  Police Station  on Sunday.