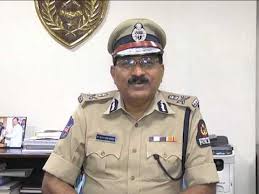 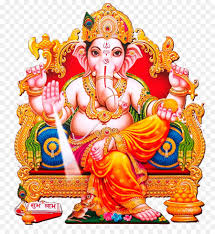 Hyderabad, Sept.13 (PMI): The 11-day Ganesh Chavithi festivities, including final immersion of idols on September 12 passed off incident-free in a Citizen Friendly manner throughout the State using Technologies as force Multiplier.

Director General of Police Mahendar Reddy congratulated the entire Telangana Police Force for their professionalism in meticulous planning and organizing all bandobust and security arrangements all over the State using high-end technologies for a mammoth event in a seamless manner in partnership/coordination with local communities and other Government Departments.

“It is a matter of pride for Telangana Police for having achieved incident-free celebrations of 11-day Ganesh festivities throughout the State without even a single untoward incident in an atmosphere of peace, festive mood and hassle-free life. Ganesh Chaturdi festivities started from September 2 and September 12 was the final day of Ganesh idols immersion. A total of nearly one lakh Ganesh idols were immersed on different dates at water bodies/lakes at all immersion points in Telangana State. On September 12, some 20,000 idols were immersed in Hussain Sagar, Saroornagar, Kapra, Ameenpur lakes and 50 more places in and around Hyderabad besides immersion in many villages, towns and cities. All Ganesh pandals were geotagged. Procession routes have been monitored through CCTV Surveillance.

Festivities in Hyderabad on a mammoth scale and lakhs of devotees participated in Ganesh Nimajjan Activities. For the above festivities, adequate number of Police personnel were deployed. Situation was monitored by Senior Officers at various levels with the extensive use of Technologies. The Command and Control Centre at DGP Office, TS is operated to monitor the situation and for co-ordination with 29 Police Units. District level Command and Control Centres were formed for the purpose. Entire process of immersion was closely monitored from security as well as L&O aspect from State Level/Zonal Level/Range Level/Unit Level till the completion of immersion.

Police have made elaborate bandobust and security arrangements by deploying 35000 of police personnel of all ranks along with RAF in Hyderabad alone. In the entire State, nearly 55000 police personnel were deployed. Officers and men from Excise Department, Forest Department, SPF, A.P. Police were also deployed. The Multi-Mega event involving hundreds of Processions and Nimajjanam at dozens of locations has been completed in a very peaceful manner using Technology by taking support of local communities, community elders and volunteers. Necessary traffic arrangements have been made at all locations in entire Telangana and ensured that general public don’t face any inconvenience. DGP, Staff officers of DG Office, Inspectors Generals of Police, DIsGP all Unit officers and their staff up to the rank of Home Guard worked closely to make it a grand success.

Home Minister along with Director General of Police, Telangana State, Commissioner of Police, Hyderabad conducted aerial survey of arrangements made in process of monitoring the immersion procession arrangements.

“I, on behalf of Telangana Police, thank all the stakeholders particularly people of Telangana for their support and cooperation in Celebration of festivities like Ganesh Chathurdi from 2.09.2019 to 13.09.2019 and conduct of immersion of Ganesh idols, incident free and peaceful manner in the state. I also thank the State Government and all other Government Departments for their immense cooperation and support in conduct of these events all over the State in a peaceful and citizen friendly manner.

“I also express my gratitude to all members of the Telangana Police, AP Police, Forest and Excise officials who are deployed on banobust duties for their valuable

contributions in conducting the event in an incident free, peaceful environment all over the State. (