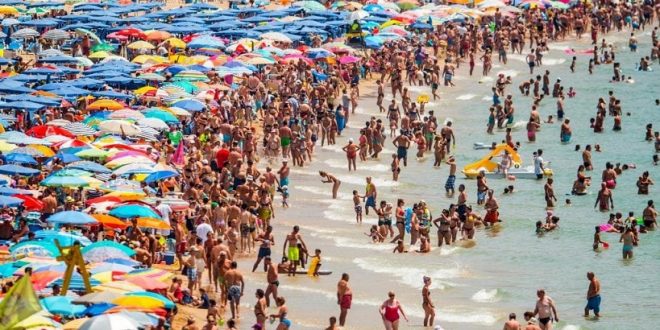 MADRID/ PARIS: Intense heat is forecast across much of Continental Europe over the coming days. Temperatures are expected to peak at close to 40°C today in Paris and it is unclear how long this heatwave will last. 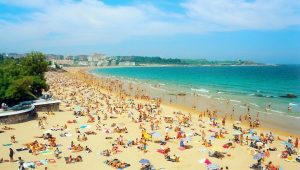 June is typically a month of gentle warmth in Europe, marking the beginning of summer. However, this year’s June has been anything but gentle. There have been turbulent storms, floods, giant hailstone showers and lightning – and sometimes all during the same day. And now the thermometer is set to dramatically shoot up with an abnormally early heatwave forecast for next week.

This unexpected heatwave has been caused by “a storm stall over the Atlantic Ocean and high pressure over central and eastern Europe”, according to international weather site AccuWeather. These conditions will bring very hot air from Africa northwards across Europe.

Accuweather says this will set the stage for “a potentially dangerous heatwave to occur over a large portion of western and central Europe”.

Cities including Madrid, Paris, Belgium, Frankfurt and Berlin can expect a persistent heatwave, with daily temperatures near or above 32°C for at least the next six days. Nights are not expected to be much cooler.

Temperatures could approach – or even exceed – 38°C in the hottest locations in next coming days. 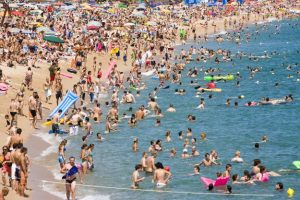 Spain’s meteorological agency Aemet issued a “yellow alert” for severe weather on Sunday, and says it expects to see a “hotter than usual” summer like last year.

In Germany, forecasters are predicting temperatures of up to 37°C on Tuesday and 38°C on Wednesday, with similar heat also expected in Belgium and Switzerland.

French national forecaster Meteo-France warned that the heatwave will begin tomorrow, particularly in the east, with temperatures of up to 35°C or even 40°C across much of the country. “This heatwave could be remarkable for how early it has come as well as its intensity,” said Meteo-France.

The one region of France that will escape the stultifying heat is Brittany in the west.

The mayor of Paris, Anne Hidalgo, activated a level-three heatwave action plan on Sunday for the more extreme days. This is particularly severe given that there are just four levels and level four has never been used.

The prefect tweeted that it had decided to launch the departmental heat wave management plan level orange (three) in Paris on Sunday that had been developed with the mayor.

This plan provides for the establishment of a network of “cool places”. And the city has identified 922 such public locations, with 218 of those accessible at night, including gardens, parks, cemeteries, swimming pools, churches and museums.

The most severe recent heatwave in France was in 2003. It was described as the worst heatwave in Europe since 1540 by meteorologists. There were almost 15,000 heat-related deaths in France during the months of July and August that year, according to the country’s National Institute of Health. During it, Paris hit its current record high of 40.4°C. However, temperatures in the French capital are set to soar to very close to that record this coming week.

“We are expecting a heatwave that will affect more than half of France, of maximum intensity: the hottest day reached will be comparable to 2003, not very far away in any case,” said meteorologist François Gourand at the Météo-France press conference. 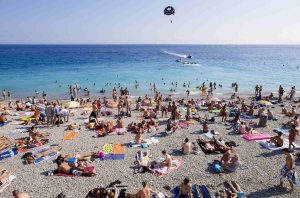 “This heatwave promises to be unprecedented for a month of June,” continued Gourand. He also said that temperature records for France in June look set to be broken.

The highest temperature ever recorded in France so far was 44.1C on August 12, 2003, in the region of Gard in the south of France.

Survival tactics to stay cool during the heatwave in Paris

Stay damp. Take regular cold showers and stick your feet in a large saucepan of cold water. Keep wet tea towels in the fridge and wrap them around your neck when you’re overheating. 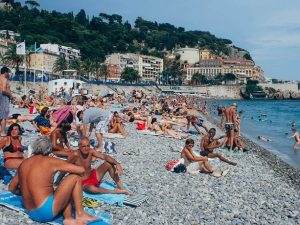 Swim. The best way to cool the blood is to swim in natural water, but this is tricky in Paris. It is illegal – and highly dangerous – to swim in the Seine. There are only a few open-air pools in the city centre and they will be overflowing. And, sadly, the public swimming pools in the canal basin do not officially open until July 6. There are, however, many indoor pools and they are certainly going to be cooler than being outside in the air. In addition, there are plenty of fountains to sneakily stick your feet into. The Trocadero fountain near the Eiffel tower is particularly popular with adults as well as kids. 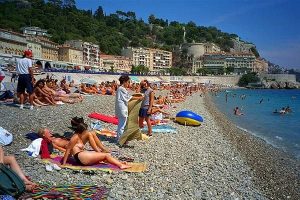 Find a seat in a library or a museum with good air conditioning. Bring a book and stay as long as you can until they kick you out.

Shop slowly. Go to your local supermarket and spend a couple of hours near the freezers deciding what frozen peas are best. This might sound foolish but this is widely regarded as a wise thing to do when you are dangerously overheating. The frozen food and fresh fruit sections will bring your blood temperature down.

Stay hydrated – but not by guzzling chilled rosé. Alcohol and heat are a very bad combination, you will feel worse and not better. Water, water and more water.

Stay out of direct sunlight. Dance in the shadows, stay on the shady side of the street.

Carry an umbrella. Use a real one and not a delicate lace parasol. You need to block all rays. 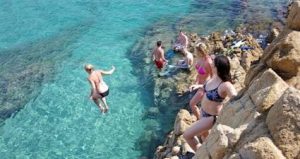 Stay indoors during the hottest hours, with windows shut and blinds pulled. It might seem contradictory to have windows closed when it is so hot, but the accepted advice is to close the windows and blinds while it is still relatively cool outside and keep them closed until after the sun has set and it begins to warm up.

Go underground. You know it is hot when the Metro stations seem cool. However, though the trains themselves can feel like a furnace, there is a good breeze on metro platforms.

Go deeper. One of the best secret heatwave escapes in Paris is into the tunnels of the Catacombs. These mortuary tunnels stay at a regular temperature of just 15°C, which is blissful when it is 35°C outside.