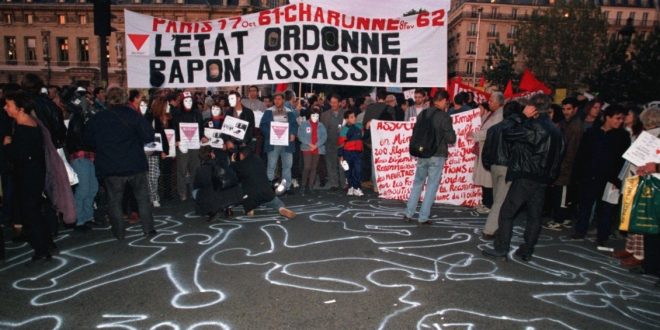 Sixty years ago, Algerians in Paris were arrested, killed, and drowned in the Seine by French police. They were peacefully demonstrating against a curfew on them months before the end of the Algerian war.

Archives estimate that between 100 and 300 people were killed, but there is no exact figure. 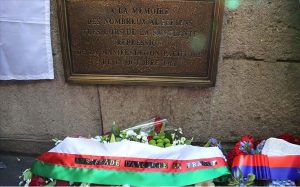 Historian Fabrice Riceputi says this is because what happened on October 17, 1961, in central Paris was a “colonial massacre”. “One of the characteristics of all colonial massacres in history is that it is impossible to make precise assessments,” he told media.

Widely regarded by historians as the most violent repression of a protest in post-war Western Europe, many in France still refuse to confront it but today, in the context of growing social movements that call for racial justice and an end to police brutality, there is mounting pressure for France to confront its violent past.

In 2012, then-President Francois Hollande recognized the “bloody repression” in 1961, but historians say the government has not taken concrete action and that information about the event continues to be suppressed.

“What has been demanded since the 1990s, and requested by many groups, is that the head of the French Republic, so the president, officially recognizes that this was not a regrettable mistake, but a state crime,” Riceputi said. “This is what we expect from President (Emmanuel) Macron for the 60th anniversary.” 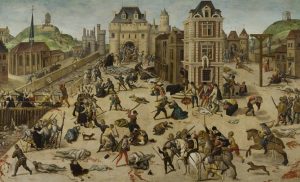 On October 17, 1961, Algerians in Paris were called to organize a march by the Algerian National Liberation Front. Thousands turned to call for an independent Algeria, despite an imposed curfew.

The violent repression ordered by the then-Paris Prefect of police, Maurice Papon, was unparalleled.

“Maurice Papon learned to apply these methods of terror in Constantine in Algeria for several years, and he imported them to Paris,” Riceputi said about the infamous Papon, convicted in 1998 for complicity with the Nazi regime.

For Algerians in France, the memory lives on in collective memory.

From censoring newspapers to preventing trials from charges filed by Algerians, researchers said the French state’s decades-long effort to hide information was institutionalized. 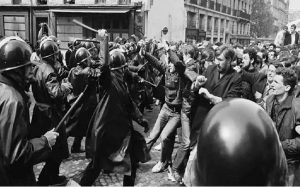 “That’s part of the crime,” said Riceputi. “It was committed and immediately denied, and the government did everything to impose silence, to cover up the event.”

Rahal said when she studied history in Paris in the 1990s, many of her then-colleagues did not know about the Paris massacre. She first heard about it through her Algerian family, but it was so traumatic for her father that he never opened up to talk about what happened.

Even foreign historians say they have struggled to access certain documents.

Amit Prakash, an American professor who writes about French decolonization, said when he arrived in Paris to study the archives, he was often “blocked”.

“They gave me access to a lot, but they said, October 17, those files which I did ask for, did not come within the purview of that question,” he said.

Riceputi said the subject remains a taboo because it would trigger a questioning of France’s public image and values once again. 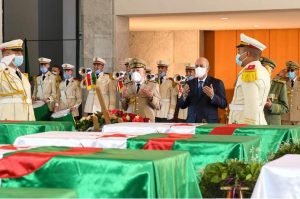 definition. It is the heir of the Enlightenment, of the Declaration of Human Rights, but it is also the heir of this criminal colonial past.”

Pressure is mounting on Macron to use the 60th anniversary to recognize the violence; a task analysts said was far from simple.

The issue of Algeria continues to divide in France. Right-wing politicians have in the past refused to discuss it, and far-right figures are nostalgic about France’s colonial period.

With Macron preparing for the 2022 election and the far-right rising in the polls, experts believe that if the French president were to comment, it is unlikely he would upset the status quo.

At the same time, Macron is navigating tense diplomatic relations with Algeria.

In late September, France said it would drastically cut the number of visas it grants to Algeria as well as Morocco and Tunisia for refusing to take back irregular migrants but what has really provoked the ire of Algiers is Macron’s manner of addressing France’s colonial past. On September 30, the French president invited several young people of Algerian descent to the Elysee Palace to discuss the Algerian war. 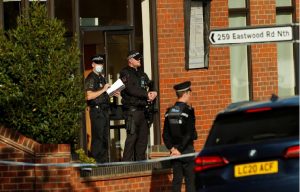 Le Monde reported that Macron asked them: “Was there an Algerian nation before French colonization?”

For Arthur Asseraf, historian and lecturer at Cambridge University, Macron was trying to be provocative, but the move is actually “the oldest trick in the book” one used to justify colonization.

According to observers like Rahal, France’s long occupation of Algeria for 132 years means that ultimately, even if Macron recognizes France’s complicity in the Paris massacre, “Algiers is never going to say thanks … because the two countries are very much at odds in terms of value. Algeria is absolutely anti-colonial and France never took the anti-colonial turn.”

A commemorative march will be held in Paris, organized by 120 trade unions and organizations.

And activists are calling on the French state to create an official site of remembrance, open all archives, include this event in the school curriculum, and give reparations to the victims’ descendants.

“It’s an event that has perhaps never been as topical as it is today”, “because it’s about police violence. In France for a few years now, we’ve known what that is. And it’s also a question of systemic racism; we also know what that is in France … so it rallies a lot of people.” (Int’l News Desk)