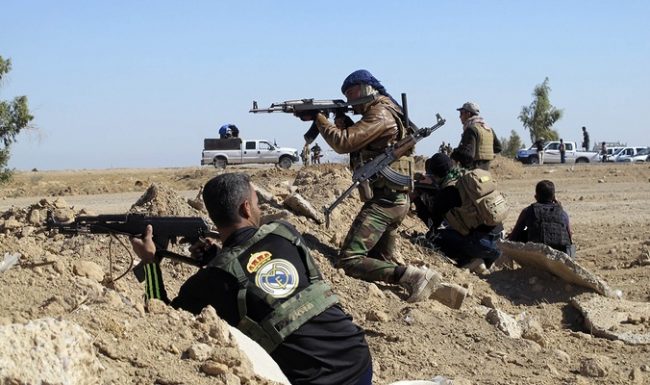 Fourteen I members, security personnel killed in confrontations in Kirkuk

Moreover, the clashes “left four PMFs personnel killed,” according to the source.

“The operation was carried out to comb the regions between Kadamat and the borders of al-Rashad, southwest of Kirkuk, and follow the militant group’s pockets,” the source said.

Iraqi troops managed to retake several Islamic State strongholds including Mosul and Tal Afar in Nineveh, Hawija in Kirkuk and Annah and Qaim in Anbar.

Violence in the country has surged further with the emergence of Islamic State Sunni extremist militants who proclaimed an “Islamic Caliphate” in Iraq and Syria in 2014.

114 Iraqi civilians were killed, while 244 others were wounded as result of terrorism, violence and armed conflicts, according to a monthly release by the United Nations Assistance Mission for Iraq (UNAMI), issued on Wednesday.

Baghdad was the worst affected Governorate, coming in the first place with 177 civilian casualties (38 killed, 139 injured). Anbar province followed with 36 killed and 55 injured, and then Kirkuk with 18 killed and 33 injured.