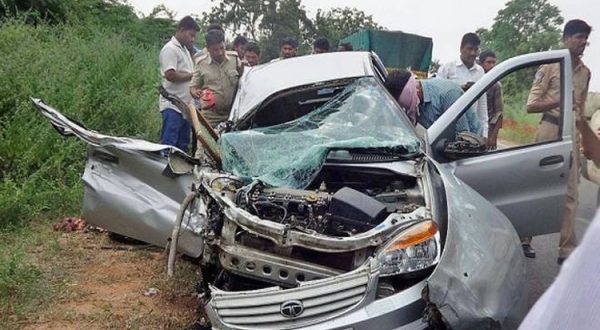 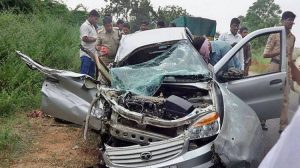 Sangareddy: A road accident has claimed two lives in the district after the vehicle they were traveling in collided with a stationary truck. The mishap took place on Saturday at Sadasivapet of Sangareddy district. Another person sustained injuries in the incident and was shifted to a hospital for treatment. The victims are yet to be identified. A case has been registered by the police in this regard.

In another accident that took place on Saturday, two more people were killed in Yadadri-Bhuvanagiri district after a DCM vehicle coming from the opposite direction, crashed into their motorcycle at Nagireddypalli.

The deceased were identified as Bala Vinay (20) and Pasala Kranti (21), who were proceeding to Valigonda from Bhuvanagiri. The bodies have been sent to the government hospital for post-mortem. Police have registered a case and are investigating further