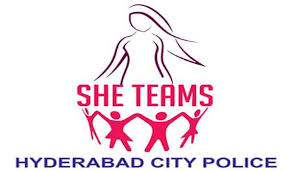 Hyderabad,  The City SHE teams on Tuesday caught four miscreants of Golconda area red-handed while they were harassing women at Seven Tombs.

The miscreants Sd. Mustafa Ali, 30, Sd. Akram, 28, Sd Jahangeer, 22, and Md Raoof, 24, were talem tp SHE Teams office and warned, counseled and asked them to appear before them every week.

In another case of obscene act in public, one Rokati Joel, resident of Vanasthalipuram was caught red handed by the She teams at Dilsuknagar Bus stop  at 11 am on Tuesday. The miscreant was misbehaving in the public and flashing his private parts in front of women forcing them to leave the bus stop. The episode was video-recorded by the SHE teams. During interrogation, Joel admitted his guilt and he was arrested and produced before the Magistrate.

Swati Lakra, IPS, Additional Commissioner of Police, Crimes and SIT, Hyderabad has stated that the victims need not suffer in silence as SHE Teams are a call or click away. They can dial 100 or use Hawk eye mobile app in case of emergency. Complaint can be sent to whatsapp number-9490616555, mail at hydsheteam@gmail.com, or post on Face book page SHETEAM, or tweet at hydsheteams twitter handle, she said, adding that victims can walk into the office of SHE Teams and Bharosa, Opposite Kalanjali, Nampally.