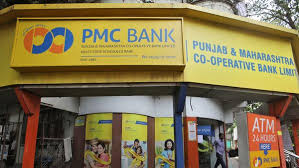 The Economic Offences Wing of Mumbai Police has arrested Waryam Singh, former chairman of Punjab and Maharashtra Cooperative (PMC) Bank, in connection with the alleged 4,355 crore rupees scam at the bank.
This is a fourth arrest in the case. In another development, former managing director of the bank, Joy Thomas, has been remanded to police custody till 17th of October.
The Economic Offences Wing of Mumbai Police, which had arrested Thomas on Friday, produced him before Additional Chief Metropolitan Magistrate SG Shaikh.
The police told the court that they need his custody to interrogate him as he was part of the conspiracy.
On Thursday, the police had arrested directors of the bankrupt Housing Development and Infrastructure (HDIL) Rakesh Wadhawan and his son Sarang in connection with the case. They are in police custody till October 9.