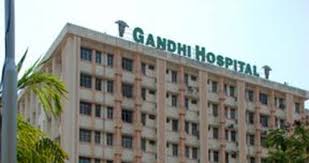 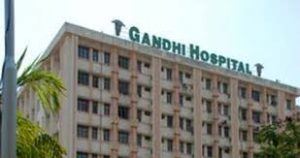 Hyderabad: Two junior doctors were allegedly attacked and injured by relatives of a patient who died minutes after being brought to Gandhi Hospital in the wee hours of Wednesday triggering off a flash strike by the junior doctors in protest.

According to the striking doctors one 70-year old Mohd. Muneer was brought to the Emergency Ward of Gandhi Hospital around 3.30 am on Wednesday in a critical condition with severe chest pain. Though the junior doctors attended to the patient immediately and made all out efforts under their control to resuscitate him. However, the patient died while undergoing treatment and this triggered off a violent response from the relatrives of the patient who had brought to the hospital.

The relatives of the deceased patient allegedly attacked the junior doctors as a result of which two women junior doctors sustained serious injuries. The incident sparked off a flash strike from the junior doctors who struck work and boycotted regular duties paralyzing the services in the hospital.

The RMO had a lodged a complaint in this regard in Chilkalguda Police Station. The Superintendent of the hospital Dr. Sravan Kumar said all efforts are being made to ensure that the patients were not put to any inconvenience and also holding discussions with the striking junior doctors.

The junior doctors expressed grave concern that this was not the first time that they were being attacked whenever a patient dies for no fault of theirs. Despite assurances by the hospital and other concerned authorities that such incidents would not be allowed to recur, there was not protection for the doctors who were sincerely doing their job. (PMI)