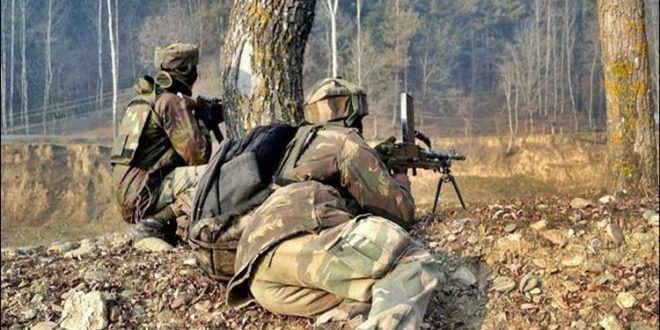 Five terrorists were killed in an encounter with security forces at Kellam Devsar area in South Kashmir’s Kulgam district on Sunday.

The gunfight erupted in the area in wee hours after a joint team of security forces launched cordon and search operation on the basis of specific information about the presence of terrorists in the area. As the forces zeroed in on the suspected place, the hiding terrorists fired upon forces indiscriminately.