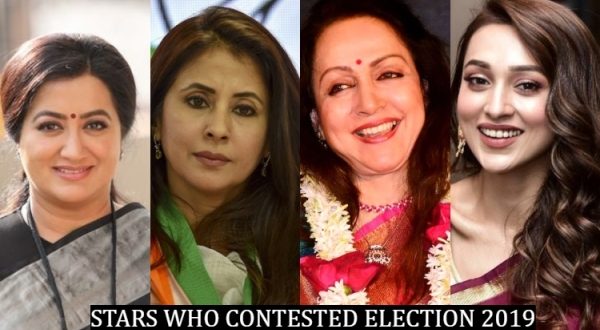 Filmi Dunyan In Lok Sabha Elections 2019 – Who Won And Who Lost? 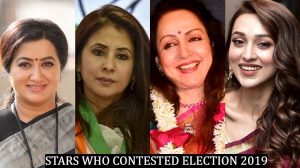 Bollywood’s action star Sunny Deol, famous for his ‘Dhai kilo ka haath’ dialogue, displayed the weight of his stardom in Gurdaspur in Punjab as he won with 82,459 votes against Sunil Jakhar (Congress).

The Bhojpuri star power was also in play as Ravi Kishan defeated Ram Bhual Nishad of Samajwadi Party in Gorakhpur. He won by 301,664 votes.

Multi-lingual actress Sumalatha Ambareesh, who contested from Mandya in Karnataka, emerged victorious against Nikhil Kumaraswamy of Janata Dal-Secular by 125,876 votes.

Also Read: These Candidates From This Party Had Highest And Lowest Margins

Not lucky was Urmila Matondkar, a fresh entrant into politics who as the Congress candidate in Mumbai North lost to BJP’s Gopal Shetty by 465,247 votes.

The Sinha couple — Shatrughan and wife Poonam — too tasted defeat. Shatrughan, who shifted allegiance from the BJP to Congress, lost to BJP’s Ravi Shankar Prasad in Patna Sahib by 284,657 votes. His actress wife Poonam Sinha, who represented Samajwadi Party, fell short of 347,302 votes and lost to Union Home Minister Rajnath Singh in Lucknow.

Among the others who lost was Congress’ Raj Babbar, who was trumped by Rajkumar Chahar of BJP in Fatehpur Sikri by 495,065 votes.

Actress Jaya Prada of BJP lost to Azam Khan of SP in Rampur by 109,997 votes.

Actor Prakash Raj, who contested as an independent in Bangalore Central, lost too.

Post Views: 12
2019-05-25
admin
Previous JDC EXPOSED THE REAL FACE OF PAKISTAN & ITS NATION 73% of world population nominates JDC for Nobel Peace Prize
Next Lok Sabha Election Results 2019 | Of 542 Seats, Only 27 Muslim MPs Elected And Not One Is From BJP