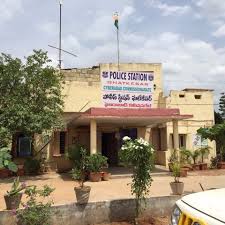 Hyderabad Jan 20 (PMI): According to Rachakonda Police one Sri Nihal Kovvali, S/o Thyyagaraj Kovvali, lodged a complaint at Ghatkesar PS  in which he stated that one Girl, aged about 13 years who was residing in the house of her maternal uncle (accused) Ramesh, Aged 48 years Resident of Ghatkesar committed sexual assault with her.

The complainant stated in complaint that the accused Ramesh and her wife were not having children during their wedlock, they adopted the victim girl. Since Holi festival in 2015 the accused committed sexual assault on the girl in the absence of his wife at the home and he threatened her to kill if she revealed the same to anyone. On 30.05.2015 the accused Ramesh went to his house in full drunken stage and again he tried to commit sexual assault on her, when she restricted the accused and shouted. Then he got angry and hit her with the handle of saw and cut her right wrist.

Based on the complaint, a case was registered and IO Sri B. Raju Sub-Inspector of Police Ghatkesar PS arrested the accused and remand him to Judicial Custody and after completion of the investigation filed charge Custody sheet in the Hon’ble Court. During the trail today i.e., on 20.01.2020 the Hon’ble IX Addl. District Sessions Judge At LB Nagar convicted the accused Ramesh Maheshwaram, Son of  Late Chandra Shekhar, Age 48 yrs, Resident of  Balaji Nagar, Ghatkesar to undergo 5 years RI and imposed  fine of RS.2,500/

CP, Rachakonda Sri. Mahesh.M.Bhagwat appreciated the IO, CDO and Addl PP for their efforts in getting conviction. (Press Media of India)