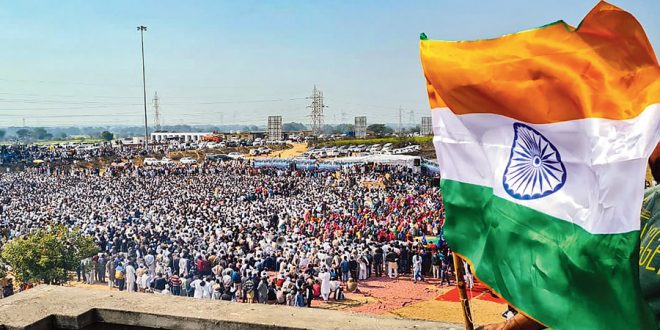 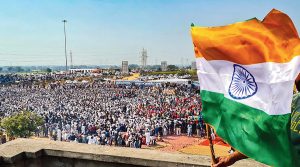 Delhi police have said they would write to Google seeking the IP address or location from where a “toolkit” document containing tips on ways to support the farmers’ protest was created and uploaded on social media.

The police have filed an FIR against the unnamed creators of the toolkit and want to identify them. The toolkit was created on Google Docs and uploaded on Twitter, and later shared by teenaged Swedish climate activist Greta Thunberg who has tweeted in support of the farmers’ agitation.

Officers have alleged the toolkit was designed to encourage disaffection and ill-will against the government as part of an international conspiracy to defame the country.

They said a preliminary probe suggested the toolkit may have been created by a pro-Khalistani organisation, Poetic Justice Foundation.The toolkit offers advice to people who want to express solidarity with the agitating farmers, such as how to join the ground protests, how to express support on social media — with suggested hashtags — and how to sign petitions.

Among the suggestions it makes are: tweeting support for the farmers with the hashtag StandWithFarmers, tagging the Prime Minister’s Office, organising protests near the closest Indian embassy on February 13 and 14, and extending solidarity through a digital campaign.

Retired security officials played down the idea of a conspiracy behind the toolkit. They said protest toolkits were publicly shared documents, used routinely to coordinate global solidarity protests.

Protest toolkits had existed for several years but gained prominence in 2019 during the Hong Kong demonstrations against a change in extradition law that could have helped China target activists and protesters, they added.

“It is absurd to even think that there is any criminal conspiracy involved. Protest toolkits are publicly shared documents on methods of protest. They are going viral these days because of social media,” a retired Intelligence Bureau official said.

He said the Hong Kong protesters had used a toolkit for round-the-clock coordination through social media and hit the streets in full gear — black clothes, gas masks and helmets as protection against tear gas grenades.

Another security official said a protest toolkit merely helped extend global solidarity to a cause by sharing protest methods and news articles.

“Look, thousands of farmers assembled for a protest in Shamli, Uttar Pradesh. Did they have Greta’s toolkit?” he asked.

Thunberg had first shared an old toolkit on Wednesday night but later deleted it and uploaded an updated toolkit on Thursday.

The old document expressed support for the tractor rally on Republic Day and gave details of upcoming online and street protests.

“India has a long history of human rights violations, violence and a cruel indifference for its most vulnerable citizens,” the updated toolkit says.

“India’s farmers and other citizens need the global community to pay attention — the world needs to know that India is ignoring the voices of the marginalised communities. We need solidarity and support from across the world.”