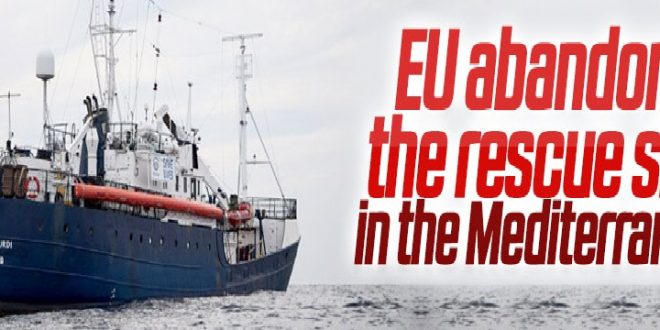 VALLETTA/TRIPOLI: Malta has allowed a group of 65 migrants rescued off Libya to disembark on its territory after picking them up from a rescue ship.

Prime Minister Joseph Muscat said after talks with the European Commission and German government that all 65 would be relocated to other parts of the EU.

The migrants were brought ashore after being transferred to the Maltese navy from the Alan Kurdi rescue ship.

Two other rescue ships defied a ban by docking in Italy in recent days. 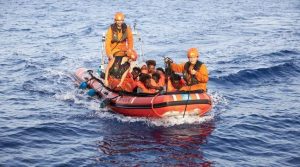 What happened with the latest ship?

The Maltese announcement came hours after the crew of the Alan Kurdi said three migrants on board had collapsed and were in need of urgent medical assistance.

The German-flagged vessel operated by charity Sea-Eye and named after a dead Syrian toddler who became a poignant image of the plight of refugees at sea, made for Malta on Saturday after being denied permission to dock in Italy.

Sea-Eye called on EU leaders to find a more permanent solution to the migrant crisis in the Mediterranean. 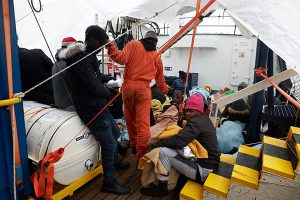 Malta said it had also rescued another group of 50 migrants from a sinking vessel in distress on Sunday during a separate incident.

German Interior Minister Horst Seehofer has said his country will take up to 40 of the migrants from the two vessels.

He also wrote to his Italian counterpart imploring him to re-open ports to humanitarian ships.

“We cannot be responsible for boats with people rescued from shipwrecks on board spending weeks on the Mediterranean because they can’t find a port,” Seehofer was quoted as saying by AFP news agency.

Salvini responded angrily. “Dear German government,” he was quoted as saying by Reuters news agency, “I’m not reopening the ports… If anything we’re going to put… [the migrants] in a car and take them to the German embassy.” 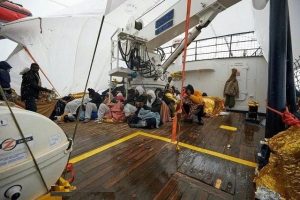 Salvini has spearheaded his country’s hard-line stance toward migration. 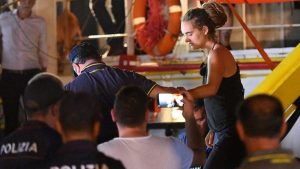 Tensions over the policy have escalated since another charity ship, the Sea-Watch 3, recently forced a landing on Lampedusa after being stranded at sea for two weeks.

Its captain, Carola Rakete, was arrested and accused of endangering the lives of police and trying to sink their boat.

A judge ordered her freed, though she still faces separate charges of aiding people smugglers and resisting authorities. 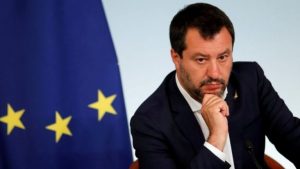 A second ship, the Alex, docked with 41 migrants on Saturday. The ship was briefly seized, and reports say its captain is also facing an investigation and fines.

Italy is often the closest EU nation when migrants are rescued off the coast of Libya – which many organisations do not consider safe.

The country has been torn by violence and division since long-time ruler Muammar Gaddafi was deposed and killed in 2011.