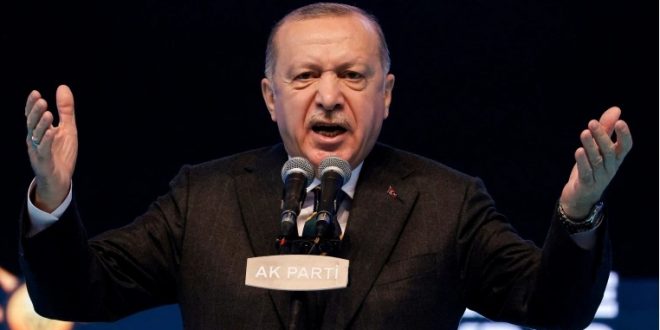 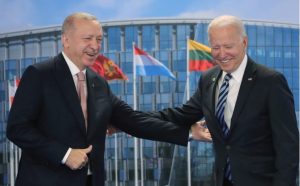 ISTANBUL/ WASHINGTON/ KABUL/ ISLAMABAD: Turkish President Recep Tayyip Erdogan is travelling to New York City, knowing he has been dealt a promising hand for improving ties with the US thanks to developments in Afghanistan.

At the start of the year, then prospective US Secretary of State Antony Blinken derided Ankara as a “so-called” partner to the United States over Turkey’s purchase of Russian missiles.

Fast-forward to last month, after the Taliban took the Afghan capital ahead of the US withdrawal and Blinken tweeted that Turkey was “an important NATO ally and an invaluable partner in the region”.

The drastic change in tone offers Erdogan more than a glimmer of hope that relations with Washington, for several years blighted by a seemingly inexhaustible litany of disputes – could be salvageable as he travels on Sunday to attend the UN General Assembly.

“The only difference in Erdogan’s policy goes back to a meeting with [US President Joe] Biden at which he convinced him that Turkey could play a bigger role in Afghanistan,” said Emre Caliskan, research fellow at the London-based Foreign Policy Centre. 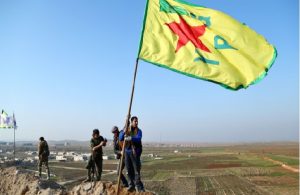 Ozgur Unluhisarcikli, director of the German Marshall Fund in Ankara, added that Erdogan would use “Afghanistan as a showcase, that actually Turkey and the US share interests on a number of issues, and that the US also benefits from cooperation with Turkey.

While Erdogan’s trip to New York is principally to attend the General Assembly, a meeting with Biden would be an opportunity for the latest reset in US-Turkey ties.

After Biden came to office in January, he waited three months before speaking to Erdogan as the new White House displayed its ire at Turkey’s purchase of the S-400 air defence system.

The fallout centres on Washington’s insistence that the Russian system is incompatible with NATO’s defences and specifically that it could gather secrets about the F-35, a next-generation stealth fighter jet that Turkey had been part of developing. 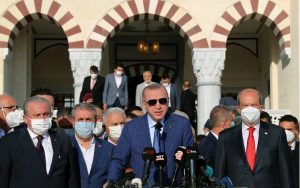 The acquisition of S-400s saw Turkey kicked off the fighter programme in 2019 and US sanctions were later imposed on senior Turkish defence officials.

The row adds to other disputes between the two states.

Turkey is unhappy with US support for Kurdish fighters in northeast Syria it says are tied to the Kurdistan Workers’ Party, or PKK, which has waged a 37-year battle for Kurdish rights against Turkey that has killed tens of thousands.

It also demands the extradition of Fethullah Gulen, accused by Ankara of masterminding a 2016 coup attempt, who has lived in the US for more than 20 years. Gulen denies the accusations against him.

Washington, meanwhile, has been critical of Turkey’s human rights record, although there are few signs of Biden carrying out his promise to put this issue at the centre of his foreign policy.

More important for the US is Turkey’s prolonged flirtation with Russia, most clearly encapsulated in the S-400 issue.

Last month, a Russian arms export official said Turkey was close to committing to receive a second batch of S-400s, something that would likely provoke further US sanctions against Ankara. 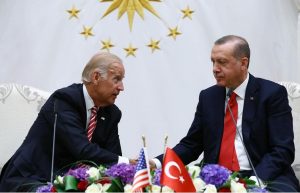 Selim Sazak, an Ankara-based analyst, suggested Turkey would seek to at least delay any more Russian defence deals in a bid to patch up US relations.

One possible olive branch the US could offer over the S-400s would be to agree to Ankara’s suggestion of a joint committee to manage the dispute, something the Americans have so far flatly refused.

“Even if they know they won’t make much progress, if they establish a committee, it will be an achievement for Erdogan for his domestic audience,” Caliskan said.

Turkey ran the military part of the airport for six years before the city fell to the Taliban and NATO troops left. It currently has technicians working at the site alongside a Qatari team and hopes to extend its influence through its ties with Qatar and Pakistan, the two nations closest to Afghanistan’s new rulers. 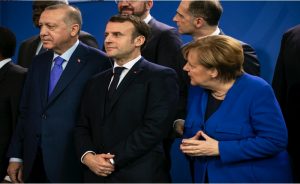 Caliskan said running the airport allowed Turkey to open channels with the US, which is the “main issue” for Turkish policymakers.

Unluhisarcikli predicted the overall Turkey-US relationship would be up for discussion as “an extension of the Afghanistan issue”.

Despite Turkey cozying up to Russia, it remains wary of its traditional rival. The countries remain on opposing sides in Syria, Libya, and Nagorno Karabakh in the Caucasus.

As with many overseas appearances, much of what Erdogan does will be aimed at voters back home.

Elections are due to be held in 2023 but could come earlier. The president has been under pressure over the economy, the coronavirus pandemic, and the threat of further migration from Afghanistan, which would add to some four million refugees currently in Turkey. 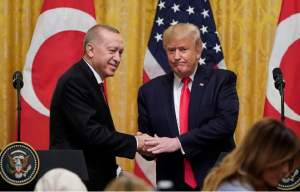 Erdogan also wants to re-establish his image as a world leader for his domestic audience, which any concessions from Biden would bolster.

He plans to promote his recently published book, A Fairer World is Possible, which expands on previous calls for the reform of UN decision-making, and will open the Turkish House, a prestigious multi-purpose skyscraper that will be home to Turkey’s UN delegation.

“Using these two occasions, he wants to get back in the picture of global leaders,” said Unluhisarcikli.

An improvement in ties with the US would also make Turkey seem a more appealing prospect for foreign investors offering much-needed capital for the Turkish economy.

On the wider front, Erdogan is likely to press other leaders for some commitment over how to deal with a rise in Afghan migration. Turkey has stressed it cannot accept any more refugees and will look for a plan that keeps fleeing Afghans away from its borders.

‘Much ado about nothing’ 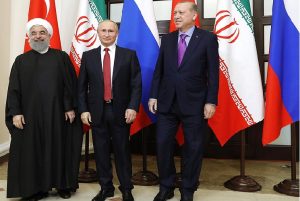 With the status of Kabul airport still undecided, the Taliban have refused to allow foreign forces to guard the airport and there is little international confidence in their ability to perform the task, there are few concrete measures Erdogan can promise, according to Sazak.

Sazak added: “Overall, it’s going to be much ado about nothing. The permutation for Erdogan to achieve anything is going to be very difficult.”

Even with the Taliban’s agreement, further Turkish involvement in Afghanistan poses significant risks.

“If things in Afghanistan go wrong, that’s a price Erdogan can’t pay in Turkey,” Caliskan said. “If Turkey sees the bodies of dead Turkish soldiers, it will be a difficult situation for Erdogan.”