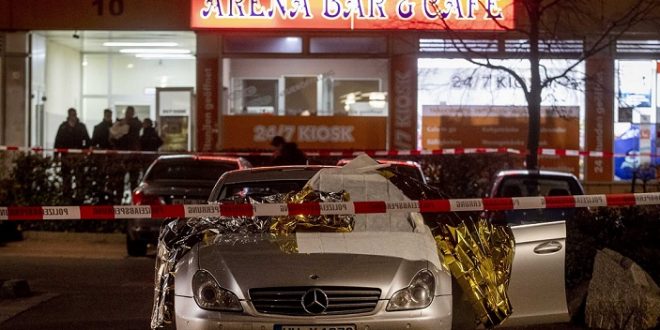 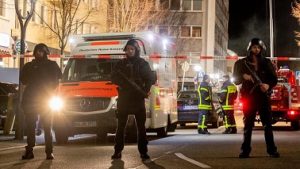 Police added that they are searching for the suspects, who fled the scene and are currently at large.

The first shooting was at a bar in the city centre, while the second was in Hanau’s Kesselstadt neighborhood, according to local reports.

Police officers and helicopters are patrolling both areas. 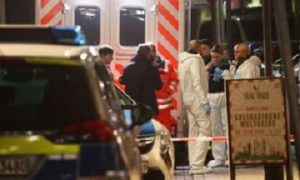 A dark-colored vehicle was then seen leaving the scene.

The motive for the attack is unclear, a police statement said.

Hanau, in the state of Hessen, is about 25km (15 miles) east of Frankfurt.

It comes four days after another shooting in Berlin, near a Turkish comedy show at the Tempodrom concert venue, which killed one person. (Int’l Monitoring Desk)