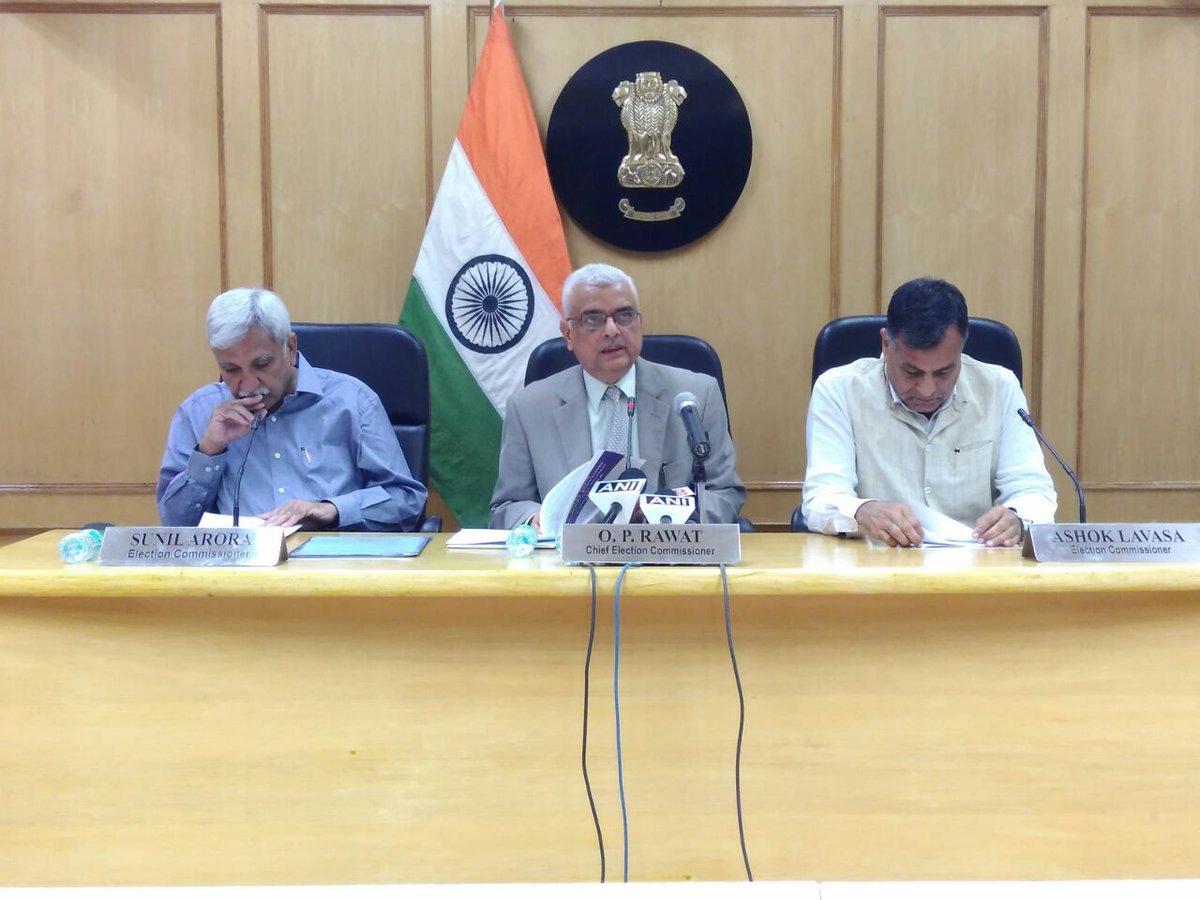 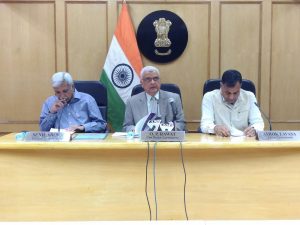 The Karnataka Assembly polls will be held on 12th May and the votes will be counted on 15th May, Chief Election Commissioner O P Rawat announced at a conference in New Delhi today.
He said there will be a single phase election for the 224-member assembly. All electronic voting machines will be linked to Voter Verifiable Paper Audit Trail (VVPAT) machines.
With the announcement of the poll schedule, the model code of conduct has come into force in the state.
Mr Rawat said the notification for the polls will be issued on April 17 and the last date for filing of nomination will be April 24. April 27 will be the last date of withdrawal of candidates.
Replying to a media query on leaking of election dates on social media before the official announcement, Mr Rawat said the poll panel will investigate the matter. He assured that actions legally and administratively befitting will be taken.
The polls are being seen as politically crucial for Karnataka’s ruling Congress as well as the BJP. It is the only big state where the Congress is in power after losing a string of assembly elections to the saffron party over the last few years.
The BJP is making a concerted bid to unseat the Congress. The JD(S), led by former prime minister H D Deve Gowda, is the third player in the fray.
2018-03-27
admin
Previous Ugandan National Committed Fraud on OLX by Fake Sale Advertisement
Next Assembly passes Pvt Varsities Bill; Kadium rejects BJP criticism