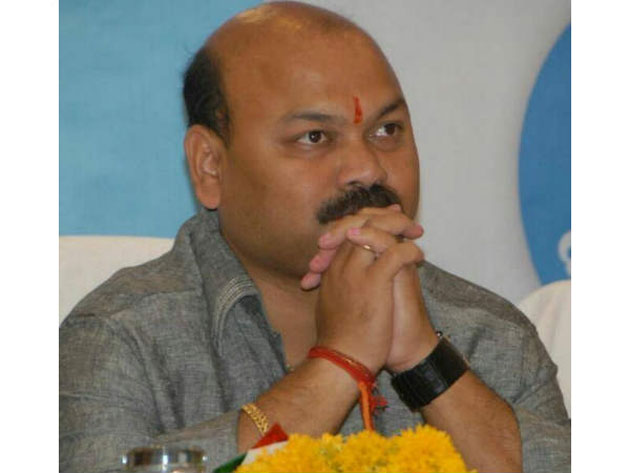 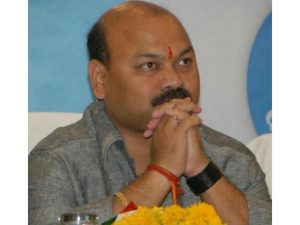 It may be mentioned here that some 11 B.Sc (Nursing) students, studying in Shankary Nursing College of Nizamabad, which is being run by Sanjay, lodged a complaint with the police alleging that Sanjay was sexually harassing them.  Responding to the complaint, the Nizambad IV Town police registered a case against him under Criminal Law (Amendment) Act, 2013 (Nibhaya Act) on August 3.

The Nursing students on the previous day called on Home Minister Nayini Narsimha Reddy in Hyderabad and narrated their tales woe accusing Sanjay of resorting to sexual harassment. On the advice of the Home Minister, the students met the Nizamabad Police Commissioner Kartikeya and lodged a complaint. Thereupon, a case was registered against Sanjay under various sections of the Nirbhaya Act.

But Sanjay vehemently refuted the allegations by the complainants and charged that it was a political conspiracy to defame him and his father. He also said the Shankary Educational Institutions was leased out and he was in way connected with the administration. However, when the police tried to question him in connection with the complaint, Sanjay went into hiding ever since.

However, police special teams fanned out to search for him at various places in Hyderabad and Nizamabad. He even reportedly tried to secure an anticipatory bail. The police nabbed him in Nizamabad today. After questioning for over three hours, he was sent for medical examination in the district hospital. Later, he was produced before the magistrate for remand.

It is pertinent to mention here that D. Srinivas, popularly known as DS, a senior Congress leader and had served as president of erstwhile APCC, jumped into TRS and was made the party’s Rajya Sabha member. For quite sometime, DS has been nurturing a grouse against the party leadership for being sidelined and hence has been keeping himself away from actively taking part in party activities.

As if this was not enough, there was a sudden revolt from the party cadre in Nizamamabd district against DS for allegedly indulging in anti-party activities and accused of encouraging the cadre in the district to extend support to his son D. Arvind, who is a State Executive Committee member of the BJP and planning to contest in the coming elections from the Nizamabad Lok Sabha seat, which is currently held by TRS member K. Kavitha, daughter of Chief Minister K. Chandrashekhar Rao.

What is more, a number of TRS leaders, including MLAs from the district submitted a resolution demanding suspension of DS from the party. As if to rub salt to the injury, the memorandum was signed and handed over to the Chief Minister by Kavitha. Though KCR, as party supremo, has not acted on the memorandum yet, the issue continues to hang fire till date.

In the meantime, like a bombshell, allegations of sexual harassment by the nursing students against DS’ son Sanjay, came to the fore and subsequently a case under the Nirbhaya Act was registered. This triggered off widespread protests from DS’ supporters who see a deep-rooted conspiracy and political vendetta against him. (PMI)