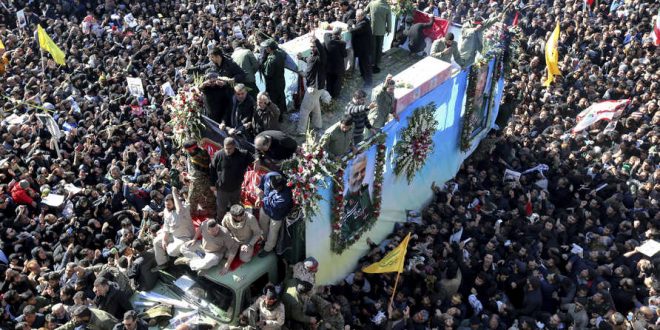 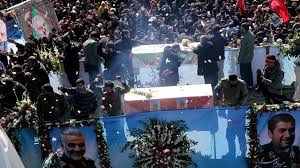 TEHRAN: Dozens of people have been killed in a stampede that erupted in the Iranian city of Kerman at the funeral procession for a top commander killed in an air strike by the United States, according to officials.

“So far 40 people were killed and 213 others were wounded in the incident,” the semi-official Fars news agency reported on Tuesday, citing an emergency services official.

Earlier, the head of the country’s emergency services, Pirhossein Koolivand, told state television that “32 of our citizens lost their lives in the procession … and 190 were injured” due to “overcrowding”.
The injured were immediately transferred to hospital, he added. 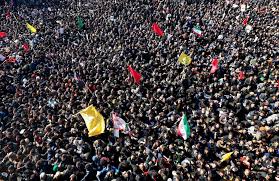 Initial videos posted online showed people lying lifeless on a road, others shouting and trying to help them.

Hundreds of thousands of people had gathered in the small city of Kerman for the burial of Qassem Soleimani, the head of Iran’s elite Quds Force, who was assassinated on Friday near the international airport of Iraq’s capital, Baghdad.

Tuesday’s funeral comes after days of processions that attracted huge crowds in the streets of Ahvaz in southwestern Iran, followed by Mashhad in the northwest, the capital Tehran and the holy city of Qom. 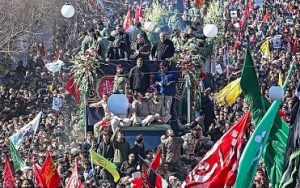 Sources, reporting from Tehran, said many who were unable to attend the previous gatherings had made their way to the final procession in Kerman.

“People are travelling in narrow spaces, going in one direction to that specific graveyard – and that could be one of the reasons as to why a stampede has happened”.

The assassination of Soleimani triggered a dramatic escalation of tensions in the region and marked the most significant confrontation between the United States and Iran in recent years. (Int’l Monitoring Desk