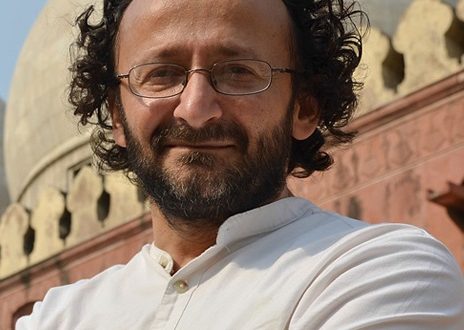 MELBOURNE/WASHINGTON: Reporters Without Borders (RWB) condemned the trumped-up charges of online terrorism and defaming “respected institutions” on which a Pakistani reporter is due to appear in court of Karachi tomorrow. The case has been designed to intimidate and silence Pakistan’s journalists, RSF said.

Shahzeb Jillani, an investigative reporter who has worked for the BBC and Deutsche Welle, and works regularly for the Urdu-language TV channel Dunya News, is accused of violating four articles in the 2016 Prevention of Electronic Crimes Act (ECA) and two criminal code provisions. The charges include “defamatory remarks against the respected institutions of Pakistan” and “cyber-terrorism.”

The case is based on the complaint filed on 6 April by a self-described “loyal citizen” – who turns out to be a lawyer attached to the Supreme Court – who said he was offended by the “audacious remarks” that Jillani made during a TV broadcast on 8 December 2017, almost a year and a half ago.

“We urge the court to dismiss these charges against Shahzeb Jillani because, from the legal viewpoint, the case is completely inadmissible,” said Daniel Bastard, the head of RSF’s Asia-Pacific desk.

“Via the all-powerful Federal Investigation Agency (FIA), Pakistan’s authorities are yet again manipulating the laws in order to silence a journalist who dared to cross a red line by criticizing certain institutions. It is shocking to see how, little by little, case by case, the Pakistani security agencies are tightening their vice in order to intimidate the entire media profession into censoring themselves.”

Jillani, who was freed on bail after being charged, told RSF that he had been surprised by the case and believed that the real reason for the charges was his recent story on missing persons, and his 24 March tweet criticizing the decision to decorate a senior military intelligence officer “widely accused of political engineering” during the July 2018 election.

In the run-up to those elections, RSF gave a detailed account of the various methods that the military establishment was using to put pressure on Pakistani media executives in order to impose its viewpoint and to silence reporters.

Jillani told RSF that he has so far received little support from his own bosses at Dunya News. “The senior management has been told of the case but their response is very cold,” he said.