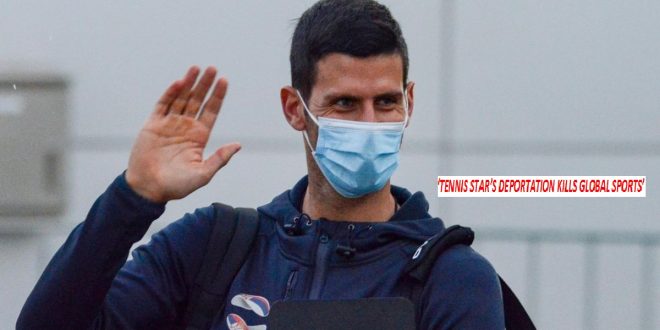 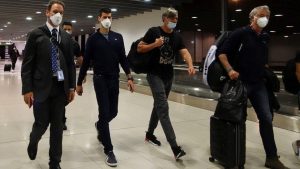 The ruling means that Djokovic, who is not vaccinated against COVID-19, will remain in detention in Melbourne until he is deported.

A deportation order usually also includes a three-year ban on returning to Australia.

Djokovic said he was “extremely disappointed” with the court’s decision but added he will “cooperate with the relevant authorities in relation to my departure”.

“I am uncomfortable that the focus of the past weeks has been on me and I hope that we can all now focus on the game and tournament I love,” he said in a statement. 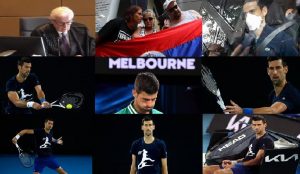 The Serbian player went to the airport in Melbourne hours later. Federal agents escorted him and his team from the business lounge to the gate, where he boarded an Emirates flight bound for Dubai. The flight took off shortly before 11pm (12:00 GMT).

Hawke cancelled the visa on the grounds that Djokovic’s presence in Australia may be a risk to the health and “good order” of the Australian public and “may be counterproductive to efforts at vaccination by others in Australia”.

The justices listened to a half-day of feisty legal back-and-forth about the alleged risk posed by Djokovic.

Hawke said Djokovic’s stance may inspire anti-vaccine sentiment, leading some people to face the pandemic without vaccination, and inspiring anti-vaxxer activists to gather in protests and rallies.

The player’s high-powered legal team painted Australia’s effort to deport him as “irrational” and “unreasonable”, but at times they faced pointed questions.

Djokovic’s lawyer Nick Wood insisted his client had not courted anti-vaccination support and was not associated with the movement. The government “doesn’t know what Mr Djokovic’s current views are”, Wood said. 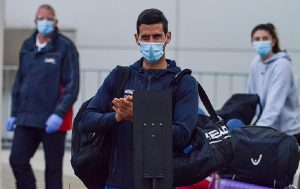 Djokovic was scheduled to play his first-round Australian Open match on Monday night on a Day 1 program announced while he was still in legal limbo.

The Australian government cancelled Djokovic’s visa because of issues surrounding his stance against COVID vaccination. That was four days after the Serbian star had an earlier decision to cancel his visa overturned by a court on procedural grounds.

Fans reacted with dismay over the court ruling.

“What they did today is everything except justice,” said Natasha Marjnovic, 44, a Djokovic supporter who was wiping away tears outside the court building. “They killed a beautiful sportsman and his career and for all of us who love tennis.”

“Novak would never have gone to Australia if he had not been given an exemption to enter the country by the government. He would have skipped the Australian Open and been home with his family and no one would be talking about this mess,” Pospisil said on Twitter. 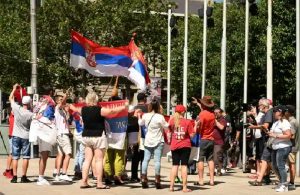 “There was a political agenda at play here with the elections coming up, which couldn’t be more obvious. This is not his fault. He did not force his way into the country and did not ‘make his own rules’; he was ready to stay home.”

A border official originally cancelled his visa after deciding Djokovic did not qualify for a medical exemption from Australia’s rules for unvaccinated visitors. Last week is was revealed that Djokovic tested positive for COVID-19 on December 16, a fact he said made him vaccine exempt.

He spent four nights in immigration detention before the first court hearing and was confined to an immigration hotel again on Saturday night waiting for his appeal.

The medical exemption that allowed the Serbian star to enter the country without being vaccinated sparked fury in Australia, and became a political issue for Prime Minister Scott Morrison, who has to call a federal election before May.

Morrison on Sunday welcomed the court’s decision, saying it will help “keep our borders strong and keep Australians safe”. 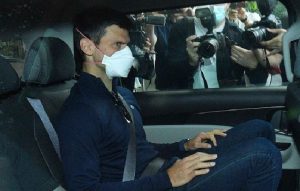 “It’s now time to get on with the Australian Open and get back to enjoying tennis over the summer,” the prime minister said in a statement.

Djokovic’s dominance in Grand Slam play of late has been particularly impressive, winning four of the last seven major tournaments and finishing as the runner-up in two others.

The only time he did not get at least to the final in that span was at the 2020 US Open, where he was disqualified in the fourth round for hitting a ball that hit a line judge in the throat after a game.

Almost whole world has not only shocked but also cursed over Australian government, immigration rules, regulations and laws even entire judiciary system and declared the deportation of tennis star as worst’ worst judgment of sports historically, experts and sources told PMI.