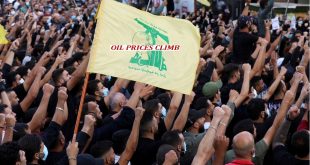 The incident took place at southwest Delhi’s police training camp on Saturday evening.Since 2014, two city police personnel have been suspended – on average – by the department every day for a variety of reasons, including misconduct, corruption, involvement in crime and indiscipline.
Speaking to this reporter, senior police officials requesting anonymity said, “In almost 10 per cent of the cases, the cops are suspended for misconduct on duty that includes misbehaviour with senior officers and inappropriate conduct with female staff or complainants.”
DRUNK CONSTABLE MISBEHAVES
In the most recent incident, a constable in a drunken state went to two female constables hailing from Manipur at a dinner table of the mess in the Police Training College, Jharoda Kalan. He touched them inappropriately and when they objected, the constable apologised.
An hour later, he consumed more alcohol and climbed the terrace. He stripped in front of another female cop and masturbated. Senior police officials at the camp said the man has been suspended and a departmental inquiry has been ordered.
Delhi Police data in possession of MAIL TODAY shows that since January 2014 to July 10, 2017, as many as 2,026 personnel have been suspended by the vigilance department of the force.
This year, till July 10, as many as 294 policemen were suspended while four were terminated from duty.
The 294 cops include an assistant commissioner of police, five inspectors, 45 sub-inspectors, 65 assistant sub-nspectors, 62 head constables and 116 constables. Those whose services have been terminated include one sub-nspector and three constables

The statistics also reveal that this year, out of 294 cops who were suspended, 75 were booked under the Prevention of Corruption Act.
Among them were six inspectors, six assistant sub-inspectors, 22 head constables and 39 constables. Of these 75 corrupt cops, 69 were suspended while six were dismissed.
On July 13, two police personnel, including a sub-inspector, were arrested after the vigilance unit caught them taking a bribe of Rs 5,000 from an accused in a sexual harassment case inside the Hauz Qazi Himmatgarh police post in the central district.
Also, five traffic policemen were suspended on Thursday after they were found taking kickbacks from truck drivers.
In May, three policemen – one assistant sub-inspector and two constables – were suspended and sent to the district lines followed by a departmental inquiry after a businessman alleged that he was beaten up by them in Rohini.
In January, five cops, including the station house officer of the Adarsh Nagar police station in northwest Delhi, were suspended and booked for culpable homicide not amounting to murder in connection with the case of an alleged custodial death of a suspect in a theft case. The person died after falling off the fourth floor of the police station.

This year, more than 80,000 complaints have been made against policemen on the anti-corruption helpline so far, compared to 1.09 lakh last year.
The data also shows that as many as 588 cops were suspended in 2014. The figure was 542 the next year and 602 in 2016. Delhi Police has around 85,000 personnel.
“In most of the cases, apart from misconduct the other reasons leading to the suspension of cops are habitual absence from duty, indiscipline especially in court monitoring. Serious charges against the cops include bad or inappropriate behaviour, involvement in crime, corruption, negligence in law and order situation or inaction in a case,” said Madhur Verma, deputy commissioner of police (crime branch).
Verma is also the spokesperson of Delhi Police. In January, the SHO of Mangolpuri police station was sent to the district police lines for allegedly turning up late for a hearing at the Delhi High Court.
Another senior officer explained that in the committee review meeting, that takes place every month, the action or the time frame is decided. If the charges are serious and sensitive, a departmental enquiry is ordered and major action is taken, which could include termination -either removal or dismissal from duty. If the cop is removed from the services, he or she can join any other government job. But a person dismissed does not get that opportunity. Delhi Police have around 85,000 personnel. 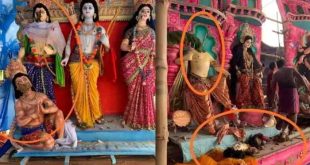