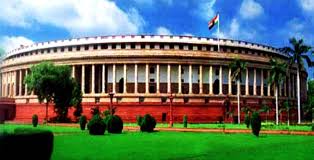 Jaipur/Hyderabad: Campaigning in the high-stakes December 7 Assembly elections, dubbed as the semi-final before the 2019 Lok Sabha polls, ended in Rajasthan and Telangana on Wednesday with Prime Minister Narendra Modi and Congress President Rahul Gandhi making a concerted attempt on the last day to win the contest for their parties.

The contest is largely bipolar between the BJP and Congress for the 200-member Rajasthan assembly but is expected to be triangular, especially in some seats, for the 119-member Telangana assembly where the Congress has tied up with unlikely rival TDP, CPI and Telangana Jana Samithi (TJS), a new party floated by M. Kodandaram, who was once KCR’s friend in the Telangana movement to form ‘Praja Kutami” (People’s Front).

The campaign in both the states has been bitter with personalised attacks by leaders of various parties.

In Rajasthan, the BJP is fighting anti-incumbency to retain power though no party has been repeated after one term in the last 20 years. With the poll surveys predicting that Congress was ahead, the BJP has made persistent efforts over the last few days to shore up its prospects with Modi, the main vote getter for the BJP, addressing around 12 rallies.

On Wednesday, he made a strong attack on Congress over the issue of corruption in the wake of extradition of Christian Michel, a middleman in the controversial AgustaWestland chopper deal, stating that the British national, who has taken UPA Chairperson Sonia Gandhi’s name, will spill the beans on the deal during the UPA government’s tenure.

Shah has also been holding road shows and addressing press conferences in Rajasthan. The BJP had won 163 seats in Rajasthan in 2013 elections while Congress bagged 21.

On the other side, Rahul Gandhi has been on a relentless campaign in both Rajasthan and Telangana. The party has not projected a chief ministerial candidate in both the states.

In Telangana, the Congress surprised the rival TRS by coming up with an alliance in a bid to oust the ruling party and has made the election a tough battle between the two sides. The BJP is seeking to emerge as a key player in the state.

Asaduddin Owaisi-led AIMIM is in the fray in eight seats and is extending support to TRS in the rest of the state.

Telangana Chief Minister K. Chandrasekhar Rao had gone into the poll mode about five months ahead of schedule in the hope of taking the opposition parties by surprise.

But the Congress sprang a surprise by forging an alliance that included its erstwhile adversary TDP. The opposition seems to have been able to put its act together despite “early mover” advantage of TRS which had declared its candidates early.

In Telangana, leaders of the ruling Telangana Rashtra Samithi and Congress held hectic campaigning on the last day.

UPA chairperson Sonia Gandhi, who has not campaigned in several past elections, made an exception and addressed a rally in Telangana to boost prospects of Congress-led People’s Front. She also made an appeal to voters through a video message.

The new state of Telangana was created when Congress-led UPA government was in power.

The BJP, which had contested the last polls in alliance with the TDP, is seeking to emerge as a major player in Telangana with both Modi and BJP chief Amit Shah having addressed rallies there.

In the 2014 Assembly elections which were held simultaneously with the Lok Sabhapolls, TRS polled 33% votes bagging 63 seats while Congress secured 21 seats with 24% votes. TDP and its then ally BJP secured 15 and 5 seats respectively with 21% votes (TDP 14%+BJP 7%).

The YSR Congress had polled 3 per cent votes and got three seats. Others and independents had 11 per cent vote share.

While over 4.74 crore people are eligible to cast their vote in Rajasthan, there are over 2.80 crore voters in Telangana.

Tight security arrangements have been made for the polls in both Telangana and Rajasthan with the results to be declared on December 11 along with those of Chhattisgarh, Madhya Pradesh and Mizoram