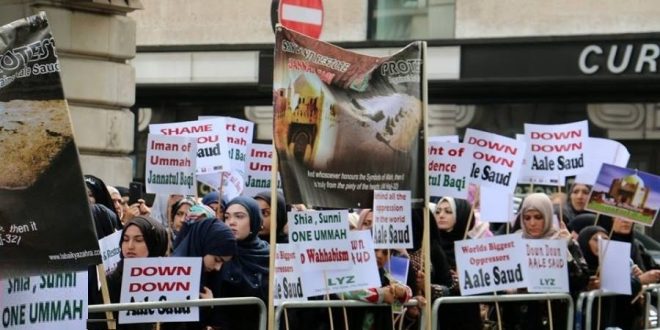 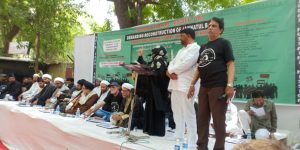 MELBOURNE/ NEW YORK/ NEW DELHI: Millions of Muslims around the world staged massive protests, rallies and sit-ins on Tuesday against the world worst crime of Aal-e-Saud (rulers of Kingdom of Saudi Arabia/KSA) which known as destruction of Shrine of Hazrat Bibi Fatima-tuz-Zehra (Salam-ullah-e-Alaiha/SA), {the only beloved daughter of Prophet of Islam, Hazrat Muhammad-e-Mustafa, (Sallal-La-ho-Alaih-e-Wa-Aal-e-Hi-Wasallam/ Peace Be Upon Him)} in Madina (a holy city of KSA) on 8th Shawwal 1345 Hijri (April 21, 1925) and celebrated as “day of demolition of Jannat-ul-Baqi” globally and through their protest the participants have not only been demanding to rebuild of said Shrine but also arrest of so-called anti-Islam and anti-Muslim Saudi rulers, their Jewish and American supporters, facilitators and sponsors and punish them through an independent International Tribunal while hundreds of organizations, groups, parties, networks, countries as well as individuals are already prepared to rebuild the Shrine with their own expenses. 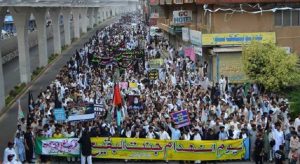 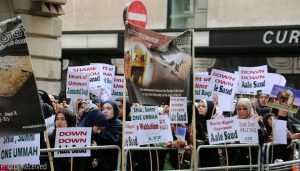 Christchurch, Saul, Greece, Venezuela, Portugal and many other cities and countries even Qatif in KSA and many areas of United Arab Emirates, protesters denouncing the Saudi Arabian government and demanding that the Grave of Bibi Fatima-SA in the cemetery immediately be restored and the construction of the Shrine should be started on urgent basis. 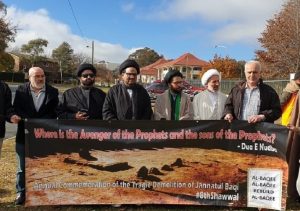 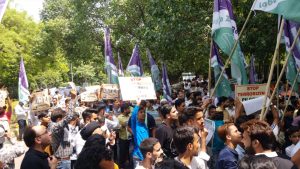 Beside life threatening and despite no safety and security from any side including own countries, many correspondents (including this one, were threatened explicitly by known and unknown wrongdoers on behalf of the present Saudi rulers that if they reach and cover the protests and try to publish, flash or on-air the report to their concerned media outlets, they would not only be beheaded on their arrival in KSA but also taken into custody through their agents from their own countries even move or hide anywhere in the world) have reported (and their news are being filed for publication) that the 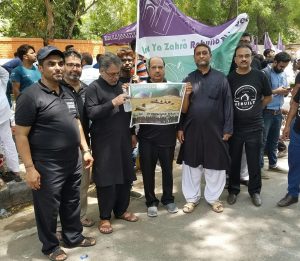 protests and rallies were also arranged outside the Headquarters of United Nations Organization, Organization of Islamic Conference (OIC), European Union, South Asian Association for Regional Cooperation (SAARC), African Union, Amnesty International, Human Rights Action Centre, Human Rights Watch, they presented their charter of demands to the concerned authorities for pressurizing KSA’s rulers to rebuild the Grave and Shrine of Prophet of Islam’s daughter in original shape because this is the substance of life and death of around 2 billion Muslims and approximately 5 billion followers of other religions and faiths.