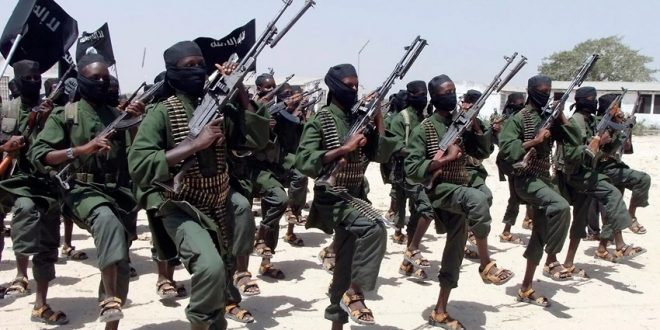 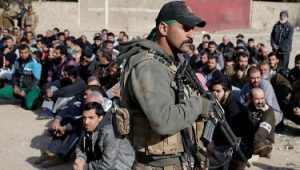 ISTANBUL/ BAGHDAD/ DAMASCUS: There are growing indications that the Islamic State (IS/ Deash) group is re-organizing in Iraq, two years after losing the last of its territory in the country. Kurdish and Western intelligence officials have revealed that the IS presence in Iraq is a sophisticated insurgency, and IS attacks are increasing.

The militants are now more skilled and more dangerous than al-Qaeda, according to Lahur Talabany, a top Kurdish counter-terrorism official.

“They have better techniques, better tactics and a lot more money at their disposal,” he said. “They are able to buy vehicles, weapons, food supplies and equipment. Technologically they’re savvier. It’s more difficult to flush them out. So, they are like al-Qaeda on steroids.”

The veteran intelligence chief delivered his stark assessment in a London accent – the legacy of years in the UK after his family had to flee from the regime of Saddam Hussein.

At his base in Sulaimaniya, nestled in the hills of the Kurdistan region of Northern Iraq, he painted a picture of an organization that has spent the past 12 months rebuilding from the ruins of the caliphate.

“We see the activities are increasing now, and we think the rebuilding phase is over,” said Talabany, who heads the Zanyari Agency, one of two intelligence agencies in Iraqi Kurdistan.

A different kind of IS has emerged, he says, which no longer wants to control any territory to avoid being a target. Instead – like their predecessors in al-Qaeda before them – the extremists have gone underground, in Iraq’s Hamrin Mountains.

“This is the hub for ISIS [Islamic State group] right now,” said Talabany. “It’s a long range of mountains, and very difficult for the Iraqi army to control. There are a lot of hide-outs and caves.” 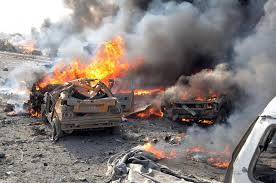 Iraqi capital, Baghdad, and would exploit the sense of alienation among their fellow Sunni Muslims – a minority community. In Iraq, this is a familiar and bloody pattern.

“If we have political unrest,” he said, “this is Heaven or Christmas comes early for ISIS.”

The militants are also benefitting from strained relations between Baghdad and the Kurdistan regional government, following a Kurdish independence referendum in 2017.

There is now a vast area of no man’s land in northern Iraq between Kurdish Peshmerga security forces and their Iraqi counterparts. According to Talabany, the only ones patrolling in this area are IS.

At a sandbagged outpost on a hilltop overlooking the town of Gwer, Major General Sirwan Barzani has a commanding view of this no man’s land, and a worried expression. The Kurdish Peshmerga commander says IS now have free reign across this swathe of uncontrolled territory. 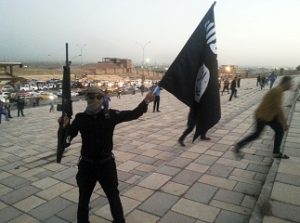 “In the delta between the Great Zab and Tigris rivers we can say they are permanently there,” he said. “There is too much activity from IS in the area close to the Tigris. Day by day we can see the movement of ISIS, and the activities.”

According to Peshmerga intelligence reports, IS ranks in the area have recently been reinforced by about 100 fighters who crossed the border from Syria, including some foreigners with suicide belts.

It was from this hilltop at Gwer that the Peshmerga launched their first offensive against IS in August 2014. The major general – and others here – says history is repeating itself.

“I can compare 2019 with 2012, “he said, “when they were beginning, organizing themselves, and getting taxes from the people. If the situation continues as it is, in 2020 they will reorganize themselves more, be more powerful and carry out more attacks.”

Kurdish intelligence officials estimate that IS is 10,000 strong in Iraq with between 4,000 and 5,000 fighters, and a similar number of sleeper cells and sympathizers. 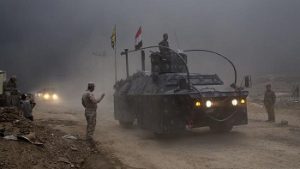 The international community should be worried, according to Lahur Talabany. “The more comfortable they get here,” he says, “there more they will think about operations outside of Iraq and Syria.”

The top US military commander on the ground in Iraq says IS is trying to reconstitute itself but faces a different response from Iraqi and Kurdish security forces this time around.

According to Brigadier General William Seely, Commander of Task Force-Iraq, these forces are better prepared than in 2014 when IS gained control of a third of Iraq and took Mosul, its second largest city, virtually unopposed.

“The ISF (Iraqi Security Forces) and the Peshmerga are not the same forces as when Mosul fell,” said Brig Gen Seely. “We have been here adding to their training. The ISF is keeping their foot on the pedal to ensure the momentum against Daesh (IS) remains steady.” 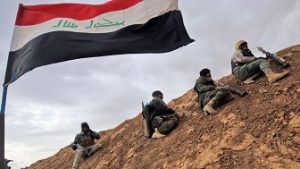 He cites a single month, from mid-October to mid-November, in which the ISF carried out 170 “clearance operations” and destroyed almost 1,700 components for improvised explosive devices.

He says IS fighters are now hiding out in caves and in the desert “in conditions that no one can handle for too long”, and they can’t move in large formations. “The largest I have seen in my six months here is 15, he says, adding that even one ISIS fighter is too many.

For now the extremists are confined to the shadows – emerging at night to carry out hit-and-run attacks but Iraq has seen terror grow from these beginnings before, and some here fear a new threat is coming, for the region and the West.

Post Views: 9
2019-12-23
admin
Previous PM Modi assuages concern over CAA, NRC; says both have nothing to do with Indian citizens including minorities
Next Iran announces redevelopment of Arak reactor