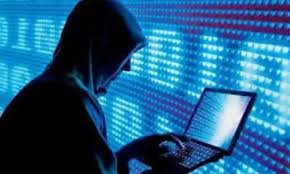 Hyderabad, Feb.5 (PMI): Cyber criminals are adopting innovative ways to cheat the people nowadays. Cyber Crime Police station, Cyberabad is receiving complaints of cheating in the name of KYC up-dation for pay tm, asking to download different applications and stealing the personal data of the victims thereby causing loss to the tune of lakhs of rupees. In two of the recent cases, the complainants lost their money to the fraudsters innocently by downloading the applications.
Police said in a press note that in one  case, On January 28  I.V. Ravi Shankar R/o Jayanagar colony, lodged a complaint in Cyber Crime PS, in which he stated that on 23-01-2020, he received a message from MD alerts mobile  for KYC update, when the complainant called the number, they asked his  pay tm details and for updating the account, asked him to down load the Any Desk app and told to transfer Rs. 100/- The transaction was failed and after that the unknown person hacked his pay tm account and made fraudulent transactions. After which the complainant received messages for debiting amount of Rs. 62,542/- from pay tm and Saving Account of Axis bank in 19 transactions. After that the mobile is switched off and he realized that it is fraud. Some unknown person made fraud transaction in the name of pay tm KYC up dation and he requested to take legal action on the fraudster. Based on his complaint, a case under section 419, 420 IPC and 66-C, 66-D of IT Act, is registered and investigated into.
In the second  case, on January 31  received a complaint from  Fakruddin Mohammad R/o, Vinayaknagar, Sangareddy, District, in which he stated that on 23-01-2020 he received a call from mobile  asking for  Paytm for updating the KYC and asked to download the Quick support App on mobile and enter relevant information for pay tm up dation and to make Rs. 1 transfer to pay tm for checking. On that the complainant entered his  three  bank account details in the application, after that he received messages of debiting amount a  total of Rs.78,399/- in five  transactions and realized that it is fraud and unknown persons cheated in the name of pay tm KYC up dation and requested for taking legal action. Based on the complaint, a case under sections 419, 420 IPC and 66-C, 66-D of IT Act, was registered and investigated into.
Advisory
In view of the above citizens are requested   Not to believe messages or calls asking to update KYC details of their Paytm accounts or any other accounts;  Not to reveal the account details to anyone; Not to download any application without knowing its purpose and genuineness;  Not to transfer money to unknown person’s accounts even for checking; Your accounts may be hacked by the fraudsters through the applications which you download without your knowledge and thereby you may be cheated.(PMI)