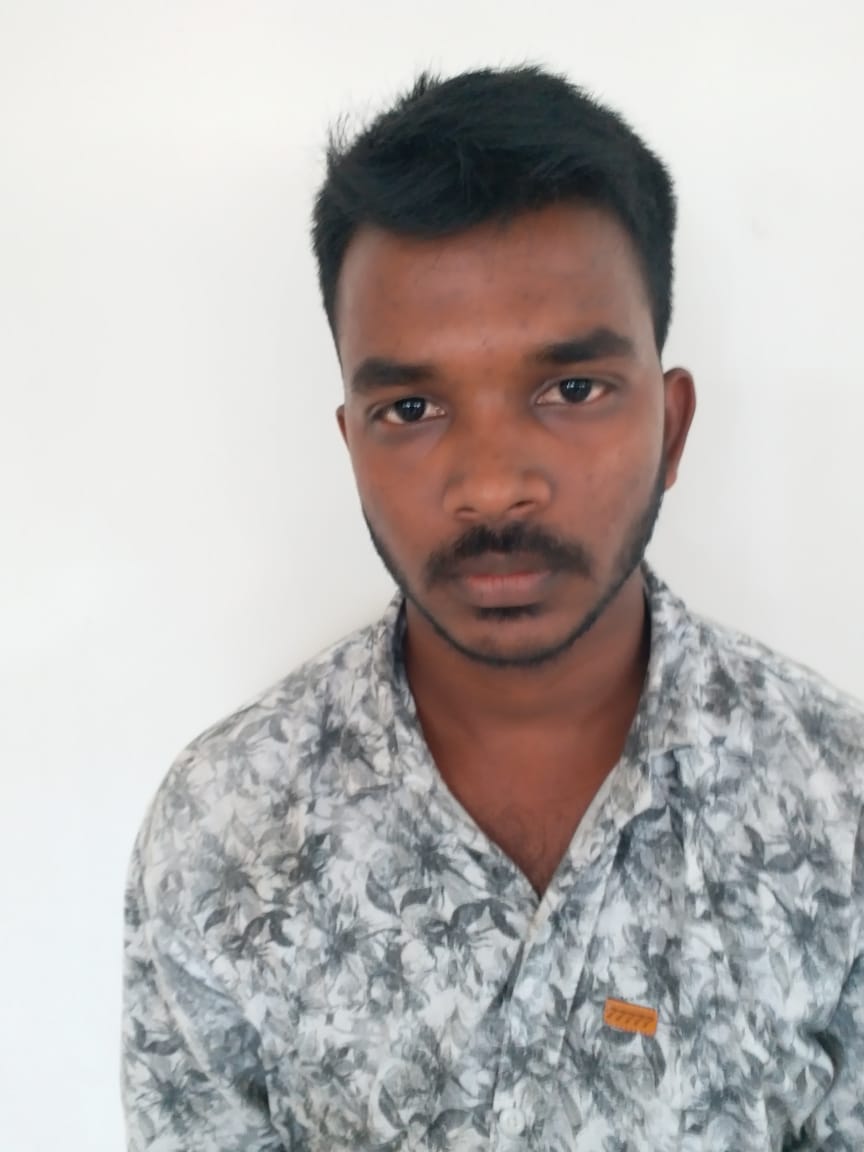 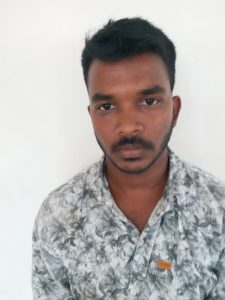 Hyderabad –Agust-10-The sleuths of Cyber crime police, Rachakonda have arrested a Cyber stalker “Somisetty Sai Krishna s/o Bhasker, aged 23 years”, occ: Private employee r/o H. No. 5-136A, Old Suraram near Water tank, Palvancha, Kothagudem district. This is a case of transmitting of material containing sexually explicit acts in electronic form, stalking and threatening by impersonation and created fake mail IDs and uploading morphed nude pictures of the complainant in her face book account and also her friend Nishala Reddy’s fb account. He sent abusive/obscene text messages and further threatened the victim to send her original nude photos, otherwise he would upload the morphed nude photos of her on the fb pages of her parents, relatives and friends with malafide intention. Basing On the above complaint a case was registered vide Cr No. 37/2018 U/s 419, 354 (D), 506 IPC & Sec 66 (D&E), 67’A’ of IT Act. The accused is a resident of Palvancha, Kothagudem. The accused with malafide intention created fake face book accounts with ID”Madhavinaidu” phone No. 8106032454 (Airtel) and “Sai Swapna Naidu” with mobile No’s 9515546053(Airtel) and sent friend requests to more than 350 face book account holders. The complainant presumed the requests to be of a lady and accepted the friend request. The accused then collected images of the complainant from her face book, morphed them with nude photos and uploaded in the fb accounts of both the Complainant and her friend Nischala Reddy. The accused continuously sending obscene and objectionable text messages in the face book, Even though she not responding to his text messages. The accused started threatening through text messages that if she did not send her original nude photos, he would upload her morphed nude photos in the fb accounts of her parents, relatives and friends. The accused was traced at Palvancha of Khammam district, who confessed his guilt on which he was arrested and sent him to judicial custody.
SEIZED MATERIAL FROM THE ACCUSED:
1) Vivo Y2 1L model with IMEI No. 865449033890172 and 865449033890164 with SIM No. 6303334130 and2) Redme Note-5 with IMEI No. 869781034579123 and869781034579131 with SIM and 6303644296 at the instance from his possession.
PRECAUTIONS:
1) In this regard, girls/women should be cautious while using internet in their smart phones and other related electronic devices, not to share any personal information images and any other explicit
material which may cause damage to their personal life. 2) They are also requested not to accept friend requests from un-known
persons.
The case is being investigated by Sri. D. Jalender Reedy, Inspector of Police, Cyber Crime, Rachakonda, under guidance of Sri. S.Harinath Asst. Commissioner of Police Cyber Crime, Rachakonda and Sri K.R. Nagaraju, Dy. Commissioner of Police, Crimes, Rachakonda. Sri Mahesh M. Bhagwath, IPS. Commissioner of Police, Rachakonda appreciated the efforts made by the Cyber Crime in detecting the case within 24 hours after register the case.
Post Views: 359
2018-08-10
admin
Previous CCTVs INAUGUARATION AT CHOUTUPPAL – 2nd MANDAL IN YADADRI BHONGIR DISTRICT. TO HAVE CCTV CONNECTIVITY AT EVERY VILLAGE
Next APPREHENSION OF ACCUSED INVOLVED IN US DOLLARS ROBBERY CASE