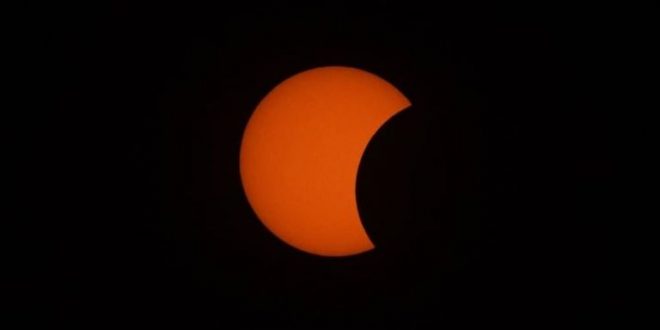 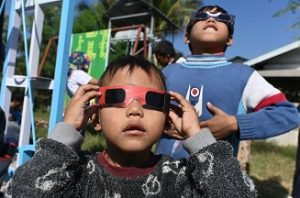 COLOMBO/ NEW DELHI/ RIYADH: People across Asia are witnessing an annular solar eclipse, which is also known as a “ring of fire”.

Crowds have gathered to watch the natural phenomenon in a number of countries, including Sri Lanka, Indonesia, India and Saudi Arabia.

In an annular eclipse, the moon covers the centre of the Sun, giving the appearance of a bright ring.

There are usually two solar eclipses on Earth every year, and they

occur only when the Earth is completely or partially in the Moon’s shadow.

The previous solar eclipse was on 2 July and was visible almost exclusively over South America. The next total solar eclipse will be on 14 December 2020, and will be visible across parts of southern Chile and Argentina, as well as South-West Africa and Antarctica. (Int’l Monitoring Desk)