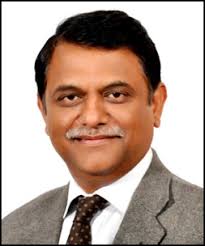 Hyderabad, Principal Secretary Municipal Administration Arvind Kumar appealed to all building owners, agencies and other individuals to immediately remove all the unauthorized advertisement structures in the city. He warned that criminal action will be initiated under relevant provisions of the Indian Penal Code and other statutes if they failed to do so.
At a review meeting with the GHMC officials today the Principal Secretary directed the officials to book cases against the agencies and the owners of structures who have permitted such unauthorized structures in addition to imposing penalties in the form of fines. He said that these hoardings block the
views of the traffic signals leading to traffic congestions, as such the people are put to hardships. He recalled that there have been instances of falling of hoardings in the city resulting in damage to property.
GHMC Additional Commissioner Advaith Kumar Singh informed that the GHMC is not according permission for erection of new hoardings or unipoles from 2011 onwards. The hoardings and unipoles permitted prior to 2011 are renewed every year, subject to payment of advertisement fee, submission of structural stability certificate and NOC from the landlord, he added. As part of the enforcement operations, unauthorized hoardings are being removed in the city, he said.