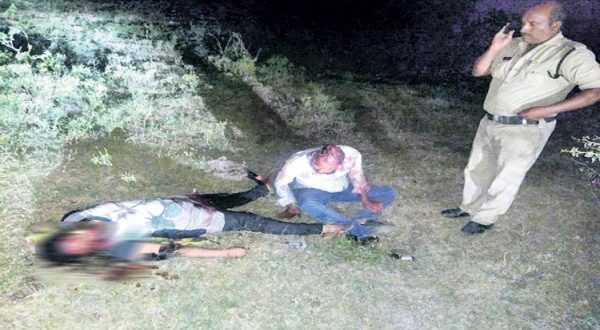 Mangalagiri: A young woman was brutally assaulted and murdered in Navuluru Village, Mangalagiri of Guntur district on Monday.

Chunchu Srinivasa Rao from Tadepalle had been in a relationship with Jyothi of the same town for a long time. While Srinivasa Rao belonged to the BC community, Jyoti who completed her M.Pharmacy was from the ST community.

Stating that she had to collect certificates, Jyothi left from home on Monday evening to Guntur. Accompanied by Srinivasa Rao, Jyothi reached the Amaravati Stadium at night when they were attacked by unknown assailants.

Srinivasa Rao who was beaten heavily with a rod, suffered severe injuries while Jyothi was sexually assaulted and murdered.

Hearing the screams of the couple, locals nearby alerted the police who reached the spot and shifted Srinivasa Rao to the hospital. The Mangalagiri Police informed that due to the assault, Jyothi died on the spot while Srinivasa Rao suffered critical injuries. A case has been registered and is being investigated. The police stated that special teams were formed to nab the accused.