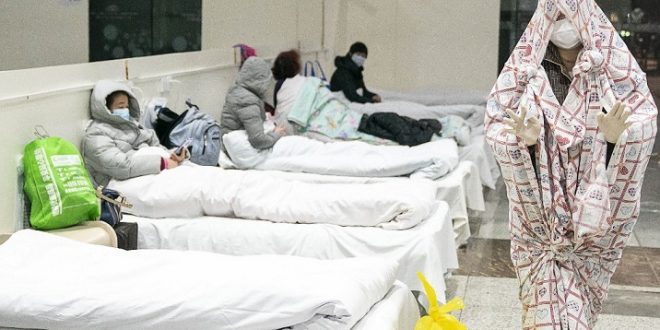 Coronavirus ‘a very grave threat’ for world: WHO

GENEVA/ NEW YORK/ BEIJING: The coronavirus outbreak poses a “very grave threat for the rest of the world”, the head of the World Health Organization (WHO) said in an appeal for sharing virus samples and accelerating research into drugs and vaccines.

“With 99 percent of cases in China, this remains very much an emergency for that country, but one that holds a very grave threat for the rest of the world,” WHO director-general Tedros Adhanom Ghebreyesus said in opening remarks to a meeting of more than 400 researchers and national authorities, including some participating by video conference from mainland China and Taiwan.

The death toll in the coronavirus outbreak in China has now reached more than 1,000, after 108 people died from the virus on Monday, the highest daily toll since the outbreak began late last year in the central Chinese city of Wuhan.

The total number of deaths on the mainland was 1,016, the National Health Commission said on Tuesday. 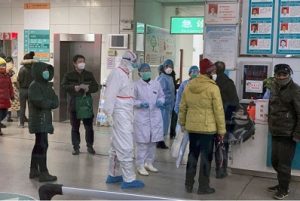 There were 2,478 new confirmed cases, bringing the total number of those infected to 42,638. The vast majority of deaths and infections are in Wuhan and the surrounding Hubei province.

Two deaths have been recorded outside mainland China – one in Hong Kong and one in the Philippines.

At least 25 countries have confirmed cases and several nations have evacuated their citizens from Hubei.

Chinese President Xi Jinping said that China’s prevention and control work on the new coronavirus is having positive results, and the country will win the battle against the virus, state media reported.

China will be more prosperous after the battle against the virus is won, the report cited Xi as saying. 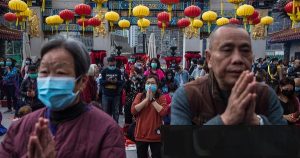 The Communist Party boss of China’s Hunggang city, which has been hard hit by the coronavirus outbreak said the situation in the city was still severe.

It continues to face shortages of medical supplies such as face masks and protective goggles, Liu Xuerong told a news conference carried live on state television.

A team of UK scientists believe they are among the first to start animal testing of a vaccine for the new coronavirus.

Researchers at Imperial College London said their ultimate goal was to have an effective and safe way of halting the strain’s spread by the end of the year.

“At the moment we have just put the vaccine that we’ve generated from these bacteria into mice,” researcher Paul McKay told AFP.

“We’re hoping that over the next few weeks we’ll be able to determine the response that we can see in those mice, in their blood, their antibody response to the coronavirus.” 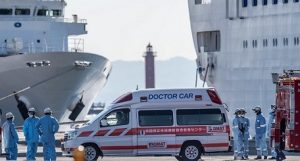 Indonesia’s health minister said the country is not hiding anything, after some medical researchers expressed concern that coronavirus cases may have gone undetected in the world’s fourth most populous country.

While the virus has quickly spread from China throughout much of the rest of the Asia-Pacific region and beyond, the sprawling Southeast Asian country of more than 260 million people has not recorded any cases so far.

“We have kits to check coronavirus and they’re certified … nothing is concealed,” Health Minister Terawan Agus Putranto said after a cabinet meeting in Jakarta.

A second plane carrying 185 Canadian evacuees from Wuhan has landed at an air-force base in Trenton, Ontario, CBC news reported.

General Motors’ South Korean unit said that it plans to suspend production at one of its factories on February 17 and 18, becoming the latest automaker affected by a Chinese parts shortage stemming from the coronavirus outbreak in China. 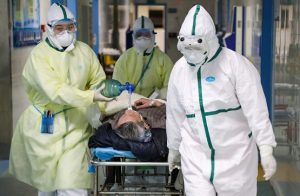 The affected line, located in the city of Bupyeong near Seoul, produces the Chevrolet Trailblazer crossover for export to the United States and other markets and domestic sales, she said.

Franco-British biotech company Novacyt says it can offer a coronavirus test that is faster than rival methods by focusing on a narrow sequence of DNA coding, as it fights stiff competition to turn the outbreak into a business opportunity.

Novacyt shares have risen by almost 400 percent so far this year after it said it had designed a test able to detect the coronavirus in less than two hours. Current testing, which can also identify other strains, can take up to a day.

The test has not received regulatory approval but Novacyt hopes to receive a green light from the European Union next week and has applied to the United States’ Food and Drug Administration for emergency use. 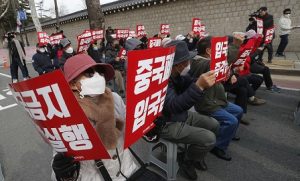 Malaysia is crafting a stimulus package for tourism, retail and aviation industries, the Ministry of Economic Affairs said, after a meeting chaired by Prime Minister Mahathir Mohamad.

“Today’s meeting discussed specifically the impact of the 2019 novel coronavirus outbreak on the country’s economic growth,” the ministry said in a statement.

“Among the sectors identified are the services sectors such as the tourism, retail and aviation industries.”

Two Japanese citizens evacuated from Wuhan have been diagnosed with the infection after initially testing negative, the health ministry said.

One of the two, a man in his 50s who returned on the first Japanese evacuation flight on January 29, previously twice tested negative for the virus.

However, a third test 12 days later found the man – who has been isolated in his hotel room since his return – was infected. 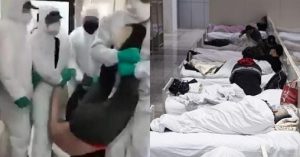 The second evacuee, a Japanese man in his 40s, returned from Wuhan on January 30 and initially tested negative for the virus, but was diagnosed after a second test on Monday.

China’s coronavirus epidemic may peak in February and then plateau before easing, the government’s top medical adviser on the outbreak said.

In an exclusive interview with Reuters news agency, Zhong Nanshan, a leading epidemiologist who won international fame for his role in combating the SARS epidemic in 2003, said the situation in some provinces was already improving, with the number of new cases declining.

Zhong, who had previously predicted an earlier peak, said the forecast was based on modelling and developments in recent days, as well as government action. (Int’l Monitoring Desk)