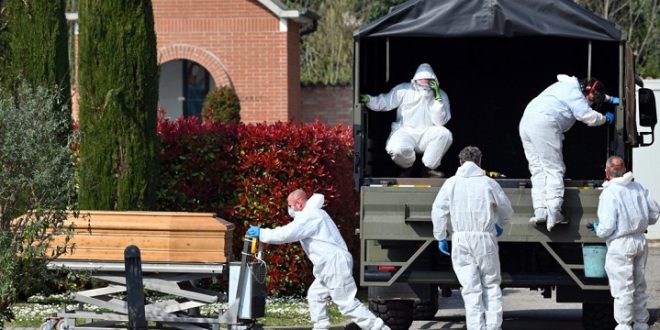 ROME/ NEW DELHI/ MELBOURNE/ KARACHI: Globally, 186 countries have been affected, more than 13,000 people have died and more than 300,00 infected by the disease as it spreads rapidly to new territories while 92,000 people have recovered. 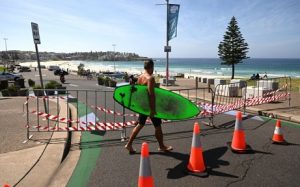 The epicentre of the outbreak has now shifted to Europe, especially Italy, which is recording a rapid rise in new cases and deaths every day.

Australia’s biggest cities, Sydney and Melbourne, are set to shut down non-essential services

What’s the latest around Asia?

The World Health Organization (WHO) warned earlier this week that many nations in South and South East Asia were facing an uphill battle against the coronavirus and needed to take more aggressive measures. 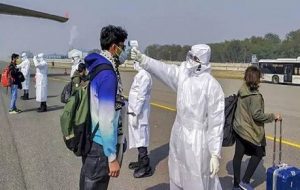 Thailand’s cases rose by a third to 600 sparking fears of an impending crisis. Most new cases are in the capital, Bangkok, which is now virtually shut down. Doctors are warning a lockdown might be needed

Indonesia is turning an athlete’s village built for the 2008 Asian Games into an emergency hospital that can hold more than 4,000 patients. The world’s fourth most populous country has recorded more than 500 cases but many are believed to be going unrecorded

South Asia – a region of 1.9bn people which includes countries like Sri Lanka, India, Pakistan and Bangladesh – has reported fewer than 1,000 total cases but the rate of infection is increasing 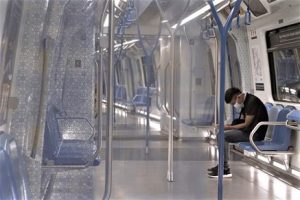 ‘At least a year’ for virus vaccine – WHO

Mike Ryan, executive director of the World Health Organization’s Health Emergencies Programme, says it will take “at least a year” to develop a coronavirus vaccine.

Speaking on the BBC’s Andrew Marr Show, he says however there has been “good progress” in developing drug treatments, with a number of trials under way but he adds it is important that doctors are allowed to develop evidence that treatments actually work and are safe.

Australia’s two biggest cities will shut down non-essential services in the next 48 hours as coronavirus cases rise rapidly in the country.

Sydney and Melbourne, along with the capital Canberra, are expected to close pubs and restaurants after announcements by state governments. 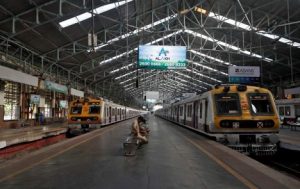 Prime Minister Scott Morrison said total lockdowns might have to be introduced to curb the spread.

The number of cases has risen sharply in recent days, reaching 1,315.

New South Wales (NSW), home to Sydney, is the worst-affected state with 533 confirmed cases. Victoria, of which Melbourne is the capital, has 296 cases, while Queensland has 259.

The new restrictions will see many businesses close but supermarkets, petrol stations, pharmacies and home delivery services will continue running.

Schools in NSW remain open for now but Victorian schools will close from Tuesday after school holidays were brought forward.

If the shutdown of non-essential services is not implemented, “our hospitals will be overwhelmed and more Victorians will die,” Victoria’s state premier Daniel Andrews was quoted as saying by broadcaster ABC.

Seven people have died across Australia so far from Covid-19. 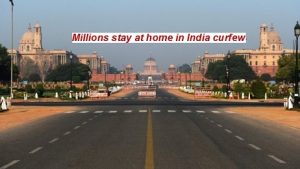 South Australia, Western Australia and the Northern Territory will close their borders from Tuesday. Under the new rules, anyone arriving will be forced to self-isolate for 14 days

The Australian Football League suspended its 2020 season, with no fixtures until at least 31 May. The women’s league has also been halted

In contrast, the National Rugby League says it will carry on with matches as planned

Morrison said the situation at Bondi Beach should be a “wake up call to take these policies seriously” and warned lockdowns could be imposed in areas where large outbreaks have occurred. 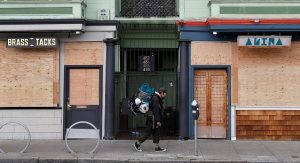 “You have to keep a healthy distance between each other,” he said.

Singapore has announced it will ban all short-term visitors under new coronavirus measures. Short-term visitors are also banned from transiting through Singapore. Only work pass holders who have healthcare and transport will be allowed to enter, along with their dependents.

The city state confirmed on Saturday that two people had died from Covid-19, the first virus related deaths in Singapore.

China reported 46 new cases, all but one brought in from other countries. The one domestic case was linked to a previous imported case, according to local authorities. 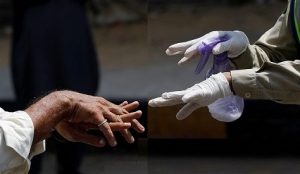 Hundreds of millions of people in India have stayed indoors in response to the government’s call for a lockdown to combat the transmission of coronavirus.

Domestic flights were halted and Indian railways have cancelled all passenger services till the end of the month, from Monday.

Prime Minister Narendra Modi said the lockdown – not mandatory – would strengthen the fight against Covid-19. India has registered 341 cases, with five deaths.

The number of confirmed cases in Pakistan rose to 644 on Saturday after new cases were reported across all the provinces.