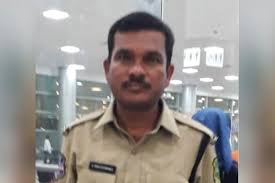 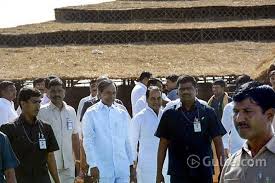 Siddipet, Oct.16 (PMI): A Venkateshwarlu (38), a head constable of the Telangana State Special Police (TSSP) shot himself to death with his  service gun  at Chief Minister K Chandrashekar Rao’s farmhouse located at Erravelly village    at about   11 am on Wednesday, while on duty.
Siddipet Commissioner of Police, D Joel Davis said that  Venkateshwarlu was addicted to liquor and he  was given treatment  at Kamineni  de-addiction centre  by his family members. After undergoing treatment, he has joined the duties on September 29, after a long leave.  He had, however, continued taking liquor within a few days after joining duty and stopped attending the duties. He was warned by his superiors obly a week back for skipping duties.  Following the request of Venkateshwarlu’s wife,  he was allowed  to join duty only yesterday.

Venkateshwarlu, who was carrying a carbine while on duty, has shot at his temple. He was rushed to Area Hospital in Gajwel where the doctors declared him brought dead. A case was registered and the inquiry is on. His body was kept at Gajwel hospital for post-mortem.
Venkateshwarlu was a native of Chada village of Valigonda Mandal, is survived by his wife Shoba, daughter Vennela (13) and son Chandu (12). Shoba, who is living in Valigonda, is a vegetable vendor. Sources in the Police department said that Venkateshwarlu, a 2003 batch constable, was removed from duties from June 16, 2005 to December 03, 2006 on the charge of harassing a woman. He had skipped duties without prior information several times.