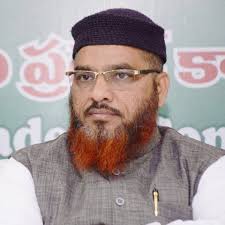 Congress questions Wakf Board over stoppage of ‘Talaq & Khula’ certificates

In a representation, they complained that the Wakf Board has reportedly stopped issuing certificates of ‘Talaq’ and ‘Khula’ in the wake of passing of Muslim Women (Protection of Rights on Marriage) Act 2019 by Parliament. “The decision of Wakf Board was shocking and it will create unnecessary chaos within the community,” they said in the representation. “The Act does not prevent Wakf Board or any other authority from issuing Talaq or Khula certificates on attaining the absolute status of revocable or single Talaq. Neither Union Government nor State Government has issued any directions to the State Wakf Board in this regard,” they said.

Abdullah Sohail urged the Wakf Board Chairman to issue necessary instructions to the officials of Qazath Section to restore issuing of certificates. Else, he warned that legal action would be initiated against the Wakf Board’s decision. Responding to the representation, Wakf Board chairman Mohammed Saleem assured that he would review the matter immediately and issue necessary clarification in this regard.