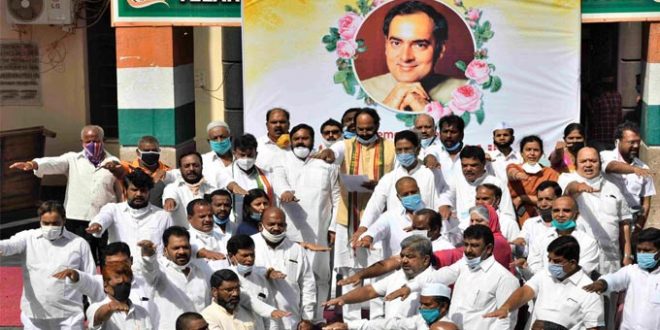 Speaking on the occasion, TPCC president N. Uttam Kumar Reddy recalled the services rendered by Rajiv Gandhi to the country. He said that Rajiv Gandhi had sacrificed his life for world peace. He said that former prime minister had worked hard for the development of the villages and added that country had become a leading country in the IT sector due to the hard work of Rajiv Gandhi. He administered a pledge to the gathering to observe May 21 as international anti terrorist day.