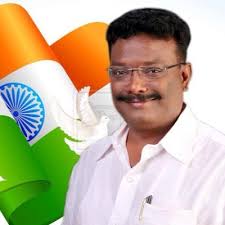 Hyderabad,  The Congress party on Wednesday demanded that the Telangana Government bring a comprehensive Migrant Labour and NRI Welfare Act.
Addressing a press conference at Gandhi Bhavan, Telangana Pradesh Congress Committee (TPCC) Chief Spokesperson Dr. Sravan Dasoju said that the sufferings of Gulf migrant labourers have worsened after formation of Telangana due to the callousness of and lopsided priorities of ruling TRS Government. “Most of migration took place from Telangana districts such as Adilabad, Nizamabad, Karimnagar, Medak and Hyderabad and majority of them are Dalits, Backward Classes and Minorities. According to Ministry of External Affairs, there are more than 10-12 Lakhs of workforce from Telangana, including both men and women, in Gulf Cooperation Council (GCC) Countries. It is estimated that nearly every month Rs.1500 crores worth of foreign exchange gets remitted to Telangana from these Gulf Workforce. It is a significant contribution to the overall economy of the state and nation and what we give in return to them and families is always far below than what is needed.
Sravan pointed out that the issue of Gulf Labour was one of the primary agendas harped on during Telangana Movement. However, he said that the TRS forgot about it after attaining the power. “Many gulf migrants are suffering with miserable living conditions. And most of them are being so inhumanely exploited by their respective employers and can’t even demand for basic human rights. Many Gulf migrants have committed suicides due to financial crisis, despair and shattered dreams. The irony is majority of workforce belong to low-skilled/ semi-skilled/ Blue Collar category and these are the most vulnerable and worst affected people. There is a sizable women workforce in Gulf Region who is being exploited and abused beyond their work. There are many workers who are vexed with pathetic working conditions in Gulf, want to return to India forever, but there is no resettlement and rehabilitation program conceived by Govt of Telangana so far,” he said.
Quoting a survey done by a NGO, Sravan said more than 200 blue collared workers from Telangana die due to ill health and accidents in Gulf countries every year. The reported Indian deaths in Gulf nations in the year 2014 are 5897; in the year 2015 are 5866 and in the year 2016 are more than 5000 deaths. Unfortunately, the Government of Telangana extended no ex-gratia to the families of deceased workforce, he said.
The Congress leader said that among the major challenges being faced by the migrants include Lack of Skills, Manipulations of Recruitment Agents; Lack of Labour Welfare Laws in GCC; hazardous working conditions and unhygienic living standards, Language and Cultural Barrier, No Legal/ Judiciary Support, Poor Support from Indian Embassies in Gulf Nations etc., “In the last four years, many, TRS MPs, Ministers and MLAs have made show-off visits to GCC nations to participate in various festivals such as Bathukamma, Dussera etc., organized by poor migrant labour with hard earned money and obtained personal pomposity through very good media, but totally failed to fulfil the promises made to them,” he said.
Sravan pointed out that the TRS party, in its manifesto for 2014 elections, had promised to set up separate fund of Rs 500 crores for Gulf Migrants; ex-gratia to deceased labor’s families, establish a separate NRI Cell and make special diplomatic efforts to provide grievance redressal mechanism through Government of India; provide complete social security to the families of migrant workers and also provide resettlement and rehabilitation to those who want to return to India for good. However, he alleged that the TRS Government did nothing making the migrant workforce feels betrayed. “It is a social sin that ruling government has forgotten their contribution to Telangana Movement. It is unfortunate that in many cases, the present TRS government, reportedly, have denied even the social security support and deleted their names from the Public Distribution System, just because their husbands/ fathers/ brothers are working in Gulf region,” he said.
The Congress leader said that Government of Kuwait has declared residency amnesty from 29th January to 22nd February 2018. About 10,000 irregular migrant workforce from Telangana who are over-stayers and residency law violators in Kuwait will be benefited from the general amnesty. “We demand that Government of Telangana must send a delegation to Kuwait to coordinate with Kuwait Government authorities, give confidence and provide free air tickets for needy migrants. After returning to India or Telangana, these workers should be given ‘Return, Resettlement & Rehabilitation’ package to help them settle in their native places with dignity and decent quality of life,” he demanded. He also said that the Congress party was also considering sending a delegation to Kuwait to provide required assistance to the affect migrant labourers.
Sravan informed that he has written a letter to Chief Minister K. Chandrashekhar Rao today by raising 15 major demands. Besides enacting a NRI & Gulf Workforce Welfare ACT, he said a separate government department be created with an exclusive budget of Rs. 1000 crores to address the issues of NRIs and Gulf Labour.