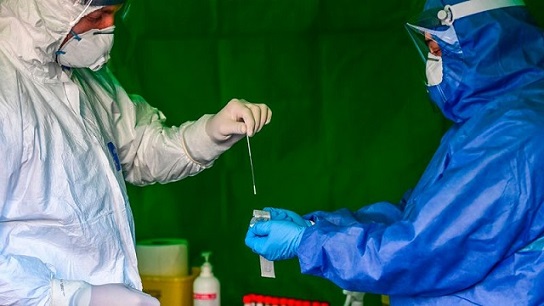 LONDON/ PARIS/ NEW YORK/ MADRID, ROME: More than a million cases of coronavirus have been registered globally, according to the latest figures from Johns Hopkins University – another grim milestone as the world grapples with the spreading pandemic. 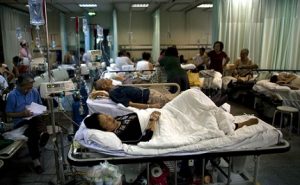 Nearly 53,000 people have died and more than 210,000 have recovered, according to the US University’s figures.

The US has the most cases, and more than 1,000 died there in the past day.

Though the tally kept by Johns Hopkins records one million confirmed cases, the actual number is thought to be much higher.

It took a month and a half for the first 100,000 cases to be registered. A million was reached after a doubling in cases over the past week.

Nearly a quarter of cases have been registered in the United States, while Europe accounts for around half. 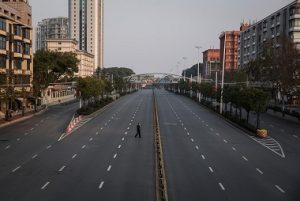 On Thursday, Spain said 950 people had died in the previous 24 hours – thought to be the highest number of deaths of any country in one day.

The number of confirmed Spanish cases rose from 102,136 on Wednesday to 110,238 – an 8% rise that is similar to the rate recorded in previous days. Authorities believe the virus is now peaking and say they expect to see a drop in figures in the days ahead.

“We continue with an increase of around 8%. This points, as we have already seen, to a stabilisation in the data that we’re registering,” María José Sierra, from the Spanish health ministry’s emergency co-ordination unit, said at a news conference.

The US on Thursday said it saw a record 6.6 million new unemployment benefit claims. 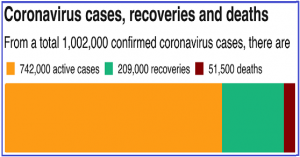 In China at the end of December, a 34-year-old ophthalmologist named Dr Li Wenliang tried to send a message to other medics warning them about a new virus in the city of Wuhan in Hubei Province.

He was later visited by the police and accused of scaremongering. Dr Li died on 6 February after contracting the virus while treating patients in Wuhan.

On 3 January, the BBC wrote its first news report about a “mystery virus” in Wuhan. At the time, 44 cases had been confirmed, 11 of which were considered severe.

Many feared there would be a repeat of the 2003 Sars outbreak that killed 774 people. By 18 January the confirmed number of cases had risen to around 60 – but experts estimated the real figure was closer to 1,700. 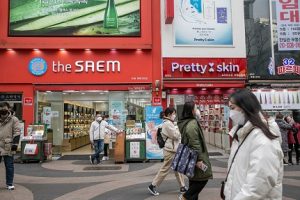 Just two days later, as millions of people prepared to travel for the lunar new year, the number of cases more than tripled to more than 200 and the virus was detected in Beijing, Shanghai and Shenzhen.

On 23 January, Wuhan went into lockdown. At that point, 18 people had died and 570 others had been infected, including in Taiwan, Japan, Thailand, South Korea and the United States.

Ten days later, a 44-year-old man in the Philippines died of the virus – the first death reported outside of China. 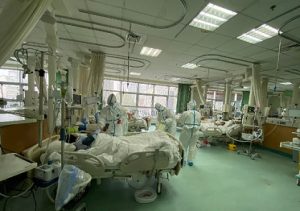 died within hours of their diagnosis being announced. Iran would later become a hotspot for the virus.

Italy saw a major surge in cases on 23 February, and 10 towns in Lombardy went into lockdown, later extended to the whole of Italy.

Three days later, on 26 March, the US officially overtook China as the country hardest-hit by the coronavirus outbreak, with more than 86,000 confirmed cases. By 2 April, this had risen to more than 217,000 – almost double the number of cases in Italy. 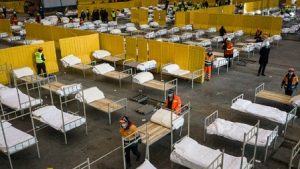 On the same day the US hit another grim milestone. Johns Hopkins University recorded 1,169 deaths, the highest yet of any country in a single 24-hour period.

The Zaandam cruise ship, with dozens of ill passengers on board, docked in Florida after several South American countries refused to accept it

In Iran more than 3,100 deaths have been officially confirmed 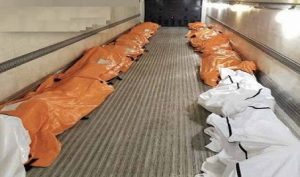 UK Health Secretary Matt Hancock said the aim was 100,000 tests a day in England by the end of April

Philippines’ President Rodrigo Duterte warned people they could be shot dead if they caused trouble over restrictions, saying the police and the military had the authority to shoot if their lives were in danger

Dharavi, a huge slum in India’s financial capital, Mumbai, has reported its first death linked to the coronavirus. More than a million people live in extremely overcrowded conditions in Dharavi, believed to be the biggest slum in Asia. (Agencies + Bureau Reports + Int’l Monitoring Desk)