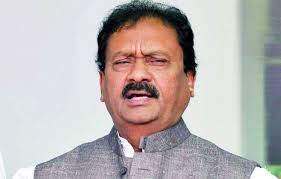 : Telangana Congress party today slammed the TRS  government  for not averting the rain havoc in Hyderabad city and demanded development of Greater Hyderabad  as promised during the GHMC polls of  2016. The congress made Comprehensive development with an investment of Rs  Two lakh crore.

The Leader of the Opposition in the Council, along with Dy leader Ponguleti Sudhakar Reddy, he addressed the media at  Gandhi Bhavan on Friday.  On the damages of downpour in the State capital, he slammed the government for failing to take remedial  steps and provide  flood relief to the marooned. He alleged that MAUD Minister KTR was busy in Delhi, USA and Rajastan and had little time for the city. He blamed the minister for traffic jams, drinking water crisis, facing the citizens.

He also dared the Chief Minister, who was reportedly keen  to conduct  bypoll to Nalgonda Lok Sabha seat, to conduct bypolls in four MP and  25 Assembly seats represented by defectors who joined TRS without resigning from their seats. He also demanded immediate rollback of petrol and Diesel prices and reduction in heavy taxation on Petrol and Diesel. He recalled that during the  UPA regime petrol prices were regulated once every 15 days as per  international price of petrol fuel.

How come even when the International  fuel Price fall down to $ 36 in 2016 Petrol  was sold   at Rs. 76 and Diesel Priced at Rs. 60/Litre., he quipped . He demanded that Petrol price should be  Rs.35 and diesel should be Rs. 29 , this  is possible  only when they  reduce   taxes on fuel  as at present taxes collected are 60%  . Shabbir  said that poor ,petty traders and common man were worst hit by the fluctuations in fuel prices as it has skyrocketed the  prices of essential commodities .